I talked about you have to consider taking pictures during sightseeing in this page, 6 things bother Japanese people by tourists.

On the other hand, local people and Geisya girls have been bothered by some ill-mannered tourists, and they had been making efforts to call attention in several ways such as sending push-notifications and patrolling signs across the area.

Unfortunately, there are still ill-mannered tourists who don’t follow rules. 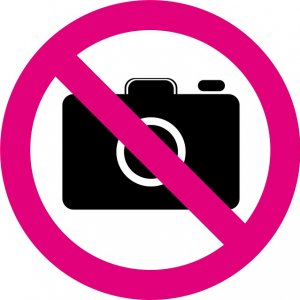 The local association has decided to ban taking pictures or movies on private streets without permission in the south district of Gion-cho, Higashiyama-ku, starting on October 25, in 2019.

In case tourists take pictures or movies in private streets without permissions in the prohibited area, they will possibly be fined up to ¥10,000.

Since 2016, they have set up pictographs signs showed prohibit photography or mannered-behavior to Geisha girls.

The president of the association said that she is sincerely hoping they don’t need to punish tourists like this in the future.

*The association is made of local residents and local business owners of the south district in Gion. 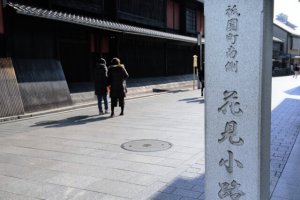 According to this regulation, the prohibited area is around the main street, “Hanami-koji”(花見小路) in the south district of Gion-Cho.

It is confusing for tourists to find out which street is private or not, on the other hand, public streets such as “Hanami-Koji” is allowed to take pictures.

Roughly speaking, private streets in the area are more likely to narrow alleys to branch off the main streets or no outlet alleys.

If you are not sure whether the street is private or not, you can ask the guide or patrollers that usually walk around in the area.

There are negative impacts called “tourism pollution” or “overtourism”, that local people have been bothered by ill-mannered tourists.

sauce; the questionnaire from the south district of Gion

What are other regulations in Gion? 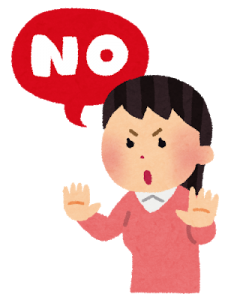 Especially Kyoto is the center of the ancient history of Japan as well as Nara Prefecture, therefore, there are a little bit more strict own rules and regulations compared with other regions.

The “tourism pollution” is caused by not only language barriers but also the difference in recognition of public manners.

What exactly unpleasant manners there? 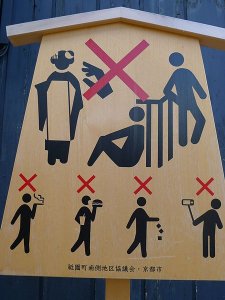 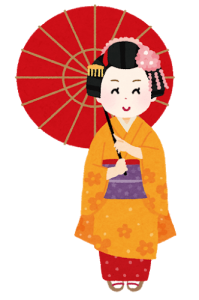 Do you know the “Travel Enjoy Respect” campaign?

The campaign developed by the World Committee on Tourism Ethics in line with the UNWTO Global Code of Ethics for Tourism to avoid over-tourism pollution with manuals in several languages.

Even for Japanese, Kyoto is one of the proud historical regions, where we have to protect ancient beautiful landscapes, temples, shrines, and traditions and want tourists from overseas to enjoy Japanese treasures too.

As the president of the association says, we (the Japanse) are hoping the day they don’t have to put signs throughout the area.

NODA HORO MADE IN JAPAN: The Porcelain Enamel Container Is Perfect For Japanese TSUKEMONO Pickles