Discover the best winter light festivals to visit in Japan this winter. Japan is crazy to make impressive illuminations nationwide, which is definitely one of the best things to do! Not only keeping your eyes in Shirakawa-go but also check out several lighting-up events during the winter vacation in Japan.

The event postponement and cancellation may occur. Please check opening hours in advance. 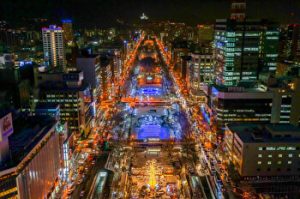 Sapporo White Illuminations started as the first illumination in Japan,1981. The lights display has been innovated every year, making it a representative light event in Japan. The concepts of displays are the beautiful nature of Hokkaido and Christmas lights.

The rose garden in Shiroi Koibito Park is decorated with brilliant illuminations and the illuminated clock tower is beautiful. The park during the season is busy as one of the photo spots. Spend a fantastic time strolling the park with a hot drink. 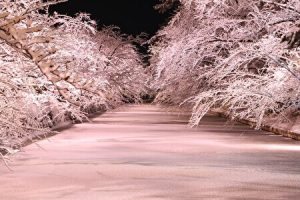 The winter illuminations in Hirosaki Park is the top-ranked lights festival in the Tohoku region, which is called “Sakura Blooming in Winter.” The park is already a popular Cherry blossoms blooming spot in spring, the resident group started the project to make visitor enjoy “winter cherry blossoms.”

The contrast with the snow and pink lights bring the spectacular night view as if the cherry blossoms are blooming all over the area.

The Sendai Pageant of Starlight  (Miyagi) 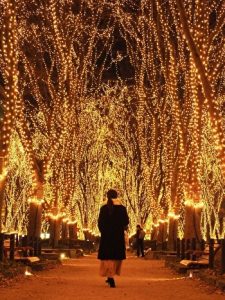 Sendai’s winter tradition “SENDAI Pageant of Starlight”. 160 Japanese zelkova trees along Jozenji-Dori street are lit up with beautiful illuminations of about 600,000 LED lights.

japanmcconnell.com
Tohoku Winter Travel Guide; Basic Ideas Of Temperatures, Outfits
Check out Tohoku region in Japan located in the north of the main island. Unique culture, beautiful landscape, great Onsen towns. It's cold but Tohoku region is most attractive in winter. Here is the guide about Tohoku's winter, weather, what to wear, and a mini-guide where to visit. 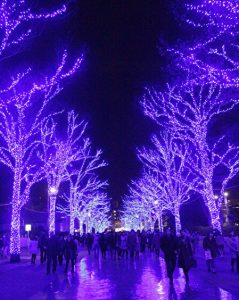 Japanese zelkova trees “Keyaki tree” along both sides of the main path in Yoyogi Park turns into a fantastic blue cave.

The about 800 meters-long path from Yoyogi Park to Shibuya Koen Dori street is lit up with about 600,000 blue LED lights. Changing brilliant blue lighting patterns brings a fantastic atmosphere that is enough to attract visitors. 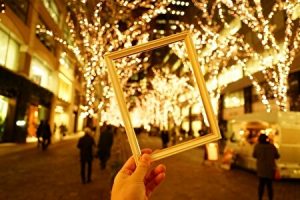 Solar and wind powers are used for the illumination lights. 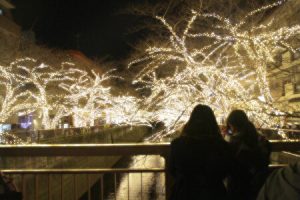 Meguro River Illuminations is as known as using the recycled energy from cooking oil waste collected from local residents and restaurants. 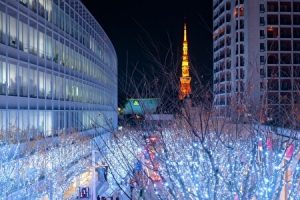 Cool white & blue colored LED lights to decorate the zelkova trees, which brings winter to the city of Roppongi every year. It is one of the photo spots that white & blue and warm orange Tokyo tower are in the same frame. At the same time, the annual winter event “Roppongi Hills Christmas” is held, you can have a German beer at the German Christmas market in Tokyo! 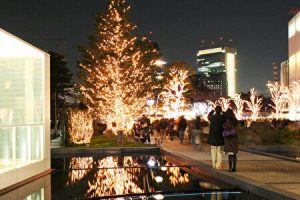 Tokyo Midtown is a complex facility that includes The Ritz-Carlton Tokyo, the Suntory Museum of Art, shops, offices, restaurants, and parks.

The annual winter event in Tokyo Midtown is called “MIDTOWN WINTER MOMENTS” which brings fun moments during the winter season, and also a Christmas tree is up. With the concept of “playing with light” with the light of various colors, decorations and illuminations are expressed as a “fantastic different world”.

ERROR: The request could not be satisfied

The annual winter illumination is a very popular event- the whole amusement park turns into a fantastic illuminated world.

The Quick Guide Of Tokyo's Winter; Winter Basics In Tokyo For Women
Check out Weather, Clothing, and Travel Tips in Tokyo during the winter season (Dec - Feb) in each month. Packing List for travel divas! Tokyo winter is moderate cold and also very dry! Read this post to get some ideas for your packing!

A light festival that colors the forest of Lake Sagami with spectacular scales of illumination. In the vast garden, the contrast in the dark with 6 million lights illuminations, creates a fantastic space that cannot be experienced in the city. You can enjoy the massive illumination displays from in the air riding the “Rainbow Lift”.

“Ashikaga Flower Park” is a theme park located in Ashikaga City, Tochigi Prefecture, about 2 hours train ride from Tokyo. Known for its 150-year-old wisteria flowers. The winter light festival “Garden of Light Flowers” is one of the largest light festivals in eastern Japan! It is a must-see spot not only for scale but also for beauty, winning first place in the “Illuminations Award” in Japan for five years from

The annual winter light festival in Gotemba Kogen Resort, Toki Oshima, called “Hikari No Sumika” is a full of unique displays that create a fantastic atmosphere. Especially, the spectacular fountain light show is the main popular event for visitors.

Izu Granpal Park is the complex amusement park in Ito city, Shizuoka. The illuminated amusement park brings you a lot of fun. Don’t miss the light shows on a 60 meter-wide screen. There are lots of night attractions in the park, you can feed nocturnal animals in a Zoo.

Winter Essentials For The Central "Chubu" Region; Tokai Area, Shizuoka, Nagano
Choosing the right winter outfits for your Japan travel to keep you warm but adjustable layers. The central region in the main island is quite large so winter outfits differ depends on your itinerary. In this post, you can see average temperatures in each prefecture and ultimate winter essentials tips! 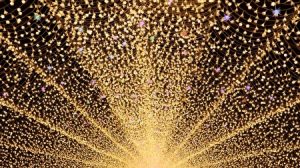 Nabana no Sato is one of the popular winter light festivals nationwide. Its high quality designed displays in a vast area to bring you to a brilliant winter world. The concept and displays vary every year, you can enjoy different magnificent and mysterious landscape each year.

Produced by Moment Factory, a digital art group in Montreal, Canada, this is the ninth facility of “Lumina Nightwalk” that attracts people all over the world. From adults to children, everyone has a fun time in this new night attraction. The highlight-a-night walk following a story with 11 chapters, creating a unique experience while being entertained by various digital art. The story of friendship, adventure, and joy is inspired by the “smiles” that connect people around the world. 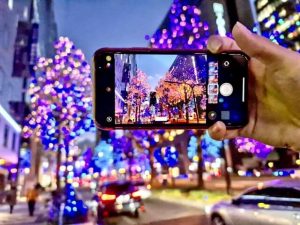 Brilliant winter light festivals in Osaka consists of two main programs and area programs held in various area. The main programs are “Midosuji Illuminations” that Midosuji street is decorated with sophisticated colored lights and “OSAKA Hikari Renaissance ” in Nakanoshima that you can enjoy project mappings. 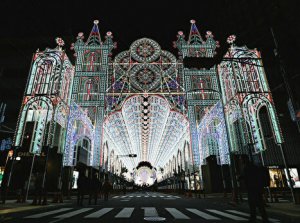 Kobe Luminamie began in 1995, when the Great Hanshin-Awaji Earthquake struck, with wishes for the recovery of the city. Since then, this winter light festival has symbolized Kobe and became the winter’s new tradition. The theme changes every year.

At Sanuki Mannou Park located in Sanuki Mountains, the vast park is decorated with illuminations, creating a fantastic world of light. The venue located in the mountains has fewer other town lights, so lights brilliant in the dark.

The art group “TeamLab” cast the magic of light on Kochi Castle, the only castle in Japan where the entire castle remains almost completely. At TeamLab Kochi Castle Light Festival, the iconic landmark Kochi Castle will be transformed into an interactive light art space.

Shikoku Region In Winter
Winter Vacation Plan For Traveling Japan; Shikoku Region is an island located southwest of the main island, Japan. Relatively, the mild winter. Weather averages and tips for winter essentials and get inspiration from the Shikoku region's winter. 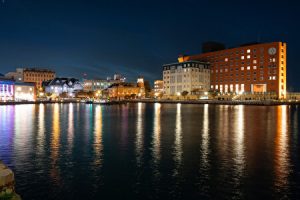 The nostalgic building is lit up with about 300,000 lights that decorate the trees is beautiful. The gorgeously colored nights of the port town are like a scene from a movie. The water surface illuminated by the natural moonlight and the colorful lights that illuminate the buildings take the historic buildings and the area to the world of light. Enjoy a romantic evening walk in the fantastic cityscape.

The illuminations of Canal City Hakata are full of photogenic spots to high light of winter vacation, such as the “Angel of Light” where you can take pictures with angel wings, and the fantastic “Tree of Knowledge” where the ornaments on the tree change vividly. The new attraction which is 3D projection mapping “Aqua Panorama” also you can’t miss when you visit Hakata city.

At Uminonakamichi Seaside Park, Fukuoka city, candle art creates a warm and gentle “light” park. At the open-air theater, a magnificent geoglyph of light, “10,000 candle art” that its design selected by public offering creates a fantastic landscape. In addition, the colorful lighted SL locomotive of light is popular among children. You can enjoy a romantic Christmas at Uminonakamichi Seaside Park.

This is the only place in western Japan where you can enjoy cutting-edge light illumination and digital art in the natural forest.
An attraction where you can explore the fantasy world while following the 800-meters long path in the forest. Experience multimedia night walk with original contents and characters with motifs such as the lighthouse, which is a landmark of Iojima, and the history, culture, and legends of Nagasaki Prefecture and Iojima, in about 1 hour. Since the performance starts from sunset, the opening time varies during the period.

“The Kingdom Of Lights” which annually held in the theme park, Huis Ten bosch, won first place in the comprehensive entertainment category of the national illumination ranking for seven consecutive years in Japan. Including the “Silver World” where a beautiful and fantastic world spreads around the sacred chapel, the art garden decorated with blue light, and the “Water Magic” where the fountain of light moves to the music. There are lots of things to see in this theme park.

At “Flower Park Kagoshima,” a botanical park where you can enjoy plants from all over the world, “Flower Park Illuminations,” a winter tradition, is held. The garden is decorated with about 400,000 lights, centering on the green plaza, the corridor of flowers, and the indoor garden.

A winter tradition “The Promenade Of Lights” will be held at “Tonan Shokubutsu Rakuen- the botanical garden”, the largest tropical botanical garden in Okinawa, where you can interact with tropical nature. At the popular light festival in Okinawa Prefecture, you can enjoy the warm but vivid illuminations unique to the botanical garden and promenades in the garden, leading the hearts of visitors bright and positive. 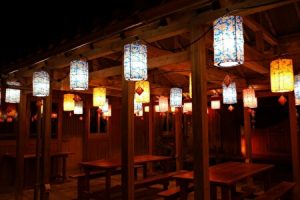 Yomitan town’s winter tradition “Yomitan Light Nights -Ryukyu Lantern Festival-” is held at the main venue of the theme park “Murasakimura.” which recreates the cityscape of the Ryukyu dynasty, more than 3000 lanterns are lit to create a fantastic night.

How to buy Narita Express ticket at Narita Airport