The native guide; All about unique Japan Where and When you can see KIMONO girls most | Japanmcconnell
Home
Culture, Etiquette
Sponsored Link

When you visit Japan, do you want to see the girls and ladies who wear Kimono?

“Kimono” is the traditional clothing in Japan, however, there are not so many people wear Kimono as regular (western fashion).

Everyone wants to see Geiko, Maiko (Includes Japanese tourists), not only in Kyoto, but you can also easily come across women (and men) who wear Kimono on certain special days. 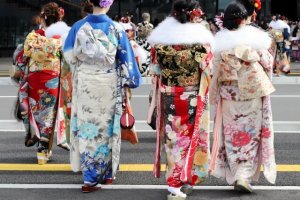 Coming of age day, “Seijin no hi” in Japanese, is one of the national holidays in Japan.

The age of 20 is considered as “the adult” in Japan, Coming of Age Day is the celebration to welcome new adults into society. The biggest thing for the new adults is that they can drink alcohol legally.

Since 2000, it is on the second Monday of January.

Everyone who turned 20 years old who lives in different cities usually goes back to the birthplace to attend the ceremony in the local hall.

More than half of girls wear colorful “Furisode” which is the type of Kimono for unmarried women, and some men wear “Hakama” (men’s Kimono) on a special day.

The Furisode was used to be taken over from mothers to daughters, but today, more than half of girls use rental Kimono, and sometimes it is necessary to book the Furisode in one year to 6 months before for the ceremony.

The beauty salon (hair cut salon) get very busy in early in the morning on the day, because many girls come to get dressed Furisode (many girls can’t wear Kimono by themselves), hair style, makeup for looking the best.

Therefore, you can see many pretty Kimono girls on the second of January everywhere in Japan except for a very cold region. 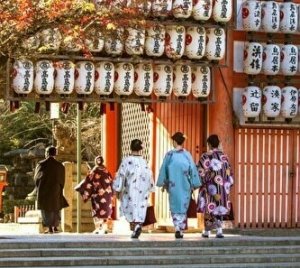 If you visit during the New Year’s holiday in Japan, it is also a good chance to see women who wear Kimono when you go for “Hatsumode” to temples and shrines especially for three days from New Year’s Day. 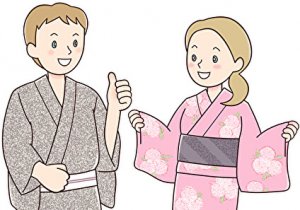 When you stay at a “Ryokan”, the traditional Japanese style hotel, you can try on “Yukata” even more you can see staff who wear Kimono.

“Yukata” is a casual version of “Kimono”, and ancient people wore as the pajamas, thus the fabric of “Yukata” is much thinner and lighter than “Kimono”.

Today, the girls wear “Yukata” mostly in the summer festival, so Yukata became popular as the summer Kimono.

Yukata is provided to all guests at the Ryokan, but generally, it is an earthy (boring) color for girls and ladies. So there are Ryokan hotels where give the female guests more designs of Yukata as their promotion.

Ryokan Etiquette Guide; How to behave in Ryokan
Staying in the traditional Japanese style hotel called Ryokan is going to highlight the Japan trip for sure, but better know the etiquettes and manners. Staying in Ryokan is much different from staying in western hotels and other accommodations, there are original Japanese rules. If you don't understand the Ryokan concept, it will cause misunderstandings between Ryokan and you. To avoid bother other guests and Ryokan staff, you need to learn the basic etiquette for staying in Ryokan.

Yukata is the summer Kimono, and more friendly to purchase and wear, especially Japanese girls and children enjoy to get dressed for the summer festival.

Yukata design has been changing from the original one to wear more easily and flexible, and it works to revival Yukata culture among Japanese people.

Summer festivals in Japan are held generally between the end of July through August.

Things you should be careful 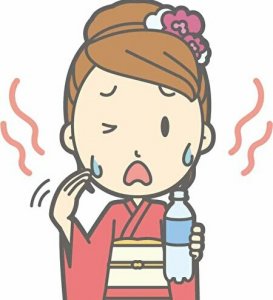 If you want to wear Yukata for the summer festival, just keep cons in your mind these things that I learned from my experiences. 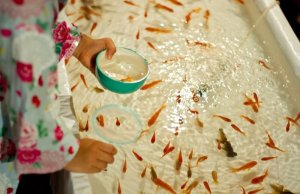 Yukata and kimono also have different situations to wear, and Yukata is generally for the only the summer season and also as room wear at Ryokan hotel.

On the other hand, Yukata is a costume for summer festivals to feel more summer atmosphere.

Even it is very fun to see Japanese women dressed in modern colorful Kimono and their hairstyles.

Today, many foreign tourists want to have experiences to wear Kimono (Yukata) during their trip, and there are many attractions where you can wear Kimono for tourists. Just don’t forget to go to the restroom first.

What do you want to read next?

Even though it sounds fun to go to the summer festival, honestly you really need to know about the summer season in Japan.

Heatstroke In Japan; How To Prevent Heat Stroke During Traveling In Japan's Summer Season
After the rainy season in June, the weather will be rapidly hot and humid from July through September. Especially, in July and August, the hottest season in Japan, you really need to be careful of heat stroke and heat-related illness. There are many patients transported to hospitals every summer, read heatstroke prevention tips if you think about the summer trip to Japan.

Also, on this page, I don’t recommend to visit Japan at both times of the summertime and New year’s holiday.

However, I mention here the seasons when are still worth to visit Japan. (haha)

High Japan Travel Season, BUT You Will Miss Japanese Traditional & Cultural Experiences By NOT TRAVELLING In Those Seasons
Traveling to Japan? Do you know the Japanese high seasons? Cherry blossoms, sure. There are several high reasons that you have a hard time traveling around due to the crowd, and not so friendly for your budget. However, it will still worth seeing Japanese tradition, beauty and uniqueness in Japan. If you want to have authentic Japanese experiences, you should read this why you should travel to Japan even in high seasons.

Things I wonder when I go back to my country, Japan