There are many attractive events to visit in the summer season, however, do you know how hot it is in Japan, especially the end of July through the beginning of September?

Many international visitors have no clue how “dangerously hot” it is in Japan and they often get sick due to the heat.

I hear still some people say “I like hot, I am OK with it!”, but please take Japanese hot summer seriously!

Japanese summer weather is not dry hot, and even international residents who come from countries where is famous for hot say loudly it is extremely hot in Japan.

Today, I am going to tell you what you should learn about the Japanese summer. 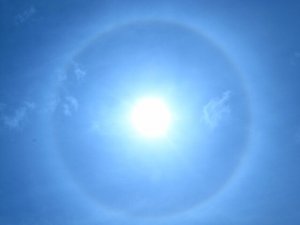 According to data from the Fire Department, 71,317 people were urgently transported due to heatstroke nationwide from May to September 2019. This is the second number in history with 126 deaths after 95,137 in 2018. 52% of carriers were older than 65 years.

The table below shows the average temperature conditions of Tokyo, Osaka, and Kyoto during the summer months of July, August, and September in 2018.

As you see, the daily average temperatures (It is not the highest temperature!) are over 32 Celsius (91 Fahrenheit) in July and August, even in September, it is over 25 Celsius ( 77 Fahrenheit ).

Unfortunately, the temperature like this will be new-common of the summertime in Japan.

As just looking at the number, it seems OK for you but read next carefully.

The high humidity of the Japanese summer also you have to be careful.

The relative humidity ranges from about 75% to 86% even on sunny days.

Summer rains are also common which makes you cooler but it will be a disaster after rains stop and the sun comes out.

Japanese summer is incredibly sticky hot. Sweating miserably and sweat never is dried up because of high humidity and crazy heat.

Do not forget to bring a towel all the time in Japan.

When my husband went to work in Japan, he got soken sweat every day. So he always brought some hand towels and an extra shirt for a change.

A phenomenon in which the temperature in a city becomes significantly higher than in the rural area. One of the characteristics of urban climate.

In addition, it is considered that a large amount of heat is artificially released by business activity such as air conditioning, Neon lights, and that the increase of high buildings in the structure weakens air circulation.

The heat island effect has been getting serious issues in such a small country, Japan, with a large population.

What International Residents Feel About The Japanese Summer

Japanese worldwide clothing company, “UNIQLO” took a survey about Japanese summer from 105 international residents who live for 1 to 3 years in Japan

The result shows 73.4% of targets answered that they feel Japanese summer is hotter than their countries, included Central and South America and Africa, which are generally considered to be hotter than Japan.

According to the reason why they think Japanese summer is hotter than their countries, 62.3% of targets said: “It is very sticky hot because of high humidity.”

Get To Know About Heatstroke

The Japanese government and tourism organizations have been warning international tourists and residents about heatstroke and illness-related heat.

If you plan to visit Japan in the summer season, especially from July through the begging of September, you should learn about heatstroke.

What is heat stroke?

Heatstroke, heat exhaustion are illnesses that occur when your body gets extremely hot. The body temperature rises to 40 Celsius (105 Fahrenheit) or higher.

What happens in your body?

If you spend too much time in the heat, your body’s cooling system is not able to work properly. When your body gets dehydrated, the temperature rises and causes many illness symptoms.

what are the major symptoms?

Heatstroke In Japan; How To Prevent Heat Stroke During Traveling In Japan’s Summer Season
After the rainy season in June, the weather will be rapidly hot and humid from July through September. Especially, in July and August, the hottest season in Jap...

Be Aware With Sweltering Nights

Be aware of the high temperature and humidity even in the night.

During the summer season, the temperature doesn’t go down much as you expect and still keeps high humidity at night time.

It causes “Heat Stroke” even while sleeping, and unfortunately, it happens to especially elders because they don’t have a routine to use air conditioning at home.

According to the Japan Meteorology Agency, the number of consecutive sweltering nights have been increased for the past 20 years.

To prevent heatstroke while sleeping, drink a glass of water before going to bed to prevent dehydration of your body. Keep room temperature is moderate cool. If you feel too cold to use an air conditioner, Japanese air conditioners have dehumidifier function ( 除湿: jo shi tsu ).
Basic Guide to Using A Japanese Air Conditioner
Having trouble figuring out the kanji on your Japanese air conditioner remote? Here's a guide to the basic function on your a/c unit.

I was born in Gifu Prefecture where is famous for crazy heat. My parents are still living there, but I don’t want to go back in the summer season. It is EXTREMELY HOT and I feel my body melting.

So my husband ( he sweat more than I ) and I avoid Japanese summer.

Consider visiting Japan in the summer season if you have situations below:

*Heatstroke tends to occur in young children and older people because of their abilities to adjust body temperature.

Hoping you understood how dangerous hot in the Japanese summer season.

However, there are many things to see such as traditional summer festivals, spectacular fireworks, and beautiful mountains in Japan.

Drinking a chilled grass of chilled beer is the best part of the tradition of Japan.

The Ultimate Guide Of Japanese Canned Beers; What You Need To Know About Types and Brands Of Canned Beer
Japan is the hidden beer consume country, there are many kinds of canned beer products. Top 4 brands are Asahi, Kirin, Suntory, and Sapporo. These companies sell not only full-fledged beers but also Happousyu (law-malt beer) and the third beer (beer-taste beverages) and non-alcoholic beer-taste beverages. Today, I am going to introduce 19! Nineteen brands of canned beer include happoushu, the third beers, and non-alcoholic beers.

Be prepared to avoid heat-related sick when you travel to Japan in the summer season, check the weather forecast every morning.

There are some apps that notify the waring of heatstroke, you can download them this site.

How 5 Free Apps Save Your Life In The Events Of Natural Disaster In Japan; Download Before Traveling To Japan
Traveling to Japan? Do you think about just in case situations such as natural disasters in Japan? Not only earthquakes and tsunamis but also severe natural disasters such as typhoons, torrential rains, volcanos, and heatwaves. It is very important how to get emergency warnings and alerts as soon as possible during your trip, and I am going to tell you must-download apps to save your life in Japan. They are all FREE to download. 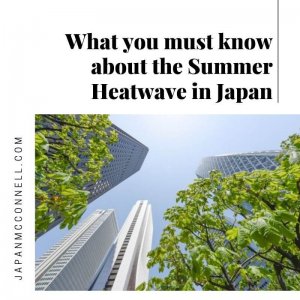 Heatstroke In Japan; How To Prevent Heat Stroke During Traveling In Japan's Summer Season
After the rainy season in June, the weather will be rapidly hot and humid from July through September. Especially, in July and August, the hottest season in Japan, you really need to be careful of heat stroke and heat-related illness. There are many patients transported to hospitals every summer, read heatstroke prevention tips if you think about the summer trip to Japan.

• In case you want to know

Things You Should Know About Medical Emergency Before Traveling To Japan
Planning to visit Japan? Have you prepared everything for medical emergency situations abroad? Indeed, you will get sick easily while traveling due to irregular fatigue & circumstances. No one wants to get sick in foreign countries, especially there is a language barrier. This site tells you what you need to know and what need to do for your health care before traveling. This is very important for you so that you can receive medical care smoothly in Japan.

japanmcconnell.com
Travel insurance available for foreign visitors in Japan
Are you ready for the dream trip to Japan? No one wants to get in trouble, but it is a fact 1 in 20 foreign travelers get sick or injured during traveling in Japan. Check out your insurance policy before leaving. If you need it, you can still buy travel insurance for foreign tourists after entering Japan. You want to think about Japanese insurance because it provides a medical institution and iter interpreter service smoothly. In this site, I am going to tell you what is available.