The native guide; All about unique Japan12 Tips In Case Typhoon Come In Japan During Traveling
Sponsored Link

Are you ready for the summer natural disaster – “Typhoon” in Japan before leaving for your dream Japan trip???

A Typhoon is a storm as same as “hurricanes,” “cyclones” that brings disasters with heavy rain and strong wind.

It was used to the peak season of the typhoon in Japan was from August (late July) through September, however, it has been moving until October in recent years.

Japan experiences several typhoons during the season, not all typhoons bring severe disasters, but a few typhoons should be taken seriously.

Your trip may be messed up If you don’t take it seriously.

I am going to tell you what to do when Typhoons come to Japan during traveling.

What Exactly Is A Typhoon In Japan 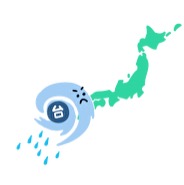 “Typhoon”(台風) is a tropical low-pressure storm that develops in the northwestern Pacific, which brings torrential rainfall and strong winds and often causes natural disasters in Japan.

The common route of a typhoon is reaching Okinawa islands first from the Philippine islands, and it proceeds toward to Kanto region (Tokyo area) through the main island with changing the course depend on Pacific high.

For example, a typhoon starts from Okinawa islands and proceeds the southern Kyushu island such as Kagoshima and Miyazaki prefectures. Then it keep proceeding to the main island from south to north parts.

Typhoons generally decrease their power as proceeding to the northern main island and turn to be “tropical depression” at around the Tokyo area in most cases.

However, note that the recent typhoon route has been changing.

Therefore, you still need to pay attention to prepare typhoons although you are staying in the Tokyo area.

What Is The Category List Of Typhoon In Japan

In Japan, we have a different category list of typhoons that Americans use for hurricanes.

In Japan, typhoons are named number-based on the order of occurrence.

For example, Typhoon No. 19, Typhoon 19 Gou in Japanese, is the 19th typhoon that occurs in each typhoon season.

Speaking of the category list, we don’t use the number-based convention and may not so friendly for international visitors because of it.

The category of a typhoon is dependent on its wind speed and strength.

Also, a typhoon is expressed depends on the radius with a wind speed of 15 m / s.

For example, a violent (the max wind speed is over 120 mph) big (the radius is over 800 km) 19th typhoon which occur in the season, is called

What Is Happening During Typhoon 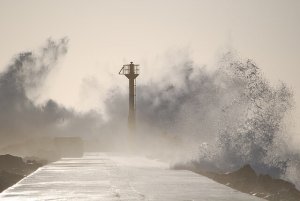 The peak of the typhoon proceeding lasts for a few hours, once it is gone, the sun shows up and brings a clear sky as if nothing happened.

The most concerning in recent years in Japan is flush floods and landslides, which frequently occur during typhoons and also the rainy season.

If you plan to stay near rivers and hillsides, be aware and be prepared for flash floods and landslides.

It is a good idea to ask the accommodation staff what you should act in case of an emergency situation.

What To Do Before And During Typhoon In Japan

As I said, typhoons make landfalls in Japan between August and October each year, bringing torrential rain and strong winds.

Sometimes Japanese weather forecasting looks like overreacted, even if some typhoons are not powerful.

As you know, Japan is a small island around the size of California.

When knowing about a typhoon is approaching the area you stay in, what you should prepare for your safe?

Consider Getting An Internet Connection While Traveling In Japan

It is not a bad thing to have an internet connection during your trip to Japan.

You can also get a sim card at the airport and if you rent pocket wifi you can connect more than one device.

In case you need to evacuate to a shelter,

Need a network connection in Japan to let your friends and family know where you are.

Surely, you have already your favorite weather application on your device, it is OK in your country.

But download the apps with the notification related to natural disasters that will occur in Japan.

These apps I picked to have the function of weather alerts that occur in Japan.

How 5 Free Apps Save Your Life In The Events Of Natural Disaster In Japan; Download Before Traveling To Japan
Traveling to Japan? Do you think about just in case situations such as natural disasters in Japan? Not only earthquakes and tsunamis but also severe natural disasters such as typhoons, torrential rains, volcanos, and heatwaves. It is very important how to get emergency warnings and alerts as soon as possible during your trip, and I am going to tell you must-download apps to save your life in Japan. They are all FREE to download. 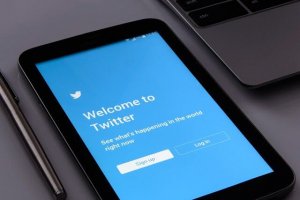 Notifications on Twitter can be a quick way to collect important and emergency weather information.

Follow these accounts to get information as soon as possible. 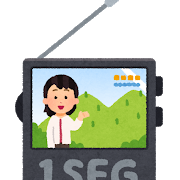 If you don’t connect to internet networks, you are still able to check whether and alerts on TV.

Here is a nice site to tell you how to change the language with Japanese remote control.

In another way to check out the weather condition, you can find details on the Japan Meteorological Agency website, too. (oh, but an internet connection is required!)

Arrange The Itinerary In Advance If Needed

Keep your eyes on the course and the strength of typhoon carefully,

you might have to arrange the itinerary in advance.

Even if you think it’s okay, the Japanese organizations and companies will do their best to protect people’s safety, so that public transportation networks and major places where you are planning to go might be closed during the warning time.

Do understand rearranging your itinerary depends on the weather condition. Especially, local railways and Shinkansen frequently change thier time schedule.

Remember, Japan is a small country, and local railways and Shinkaknsen are connected to each region. Although you are staying in the area out of the typhoon route, railways transport to the target area may cancel services. 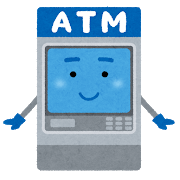 Make sure you have enough cash with you in case the lifeline may be down.

You can withdraw money from Japan Post Bank (Yucho) and 7-eleven.

The Basic Japan Travel Tip; How To Withdraw Money From ATM
This is the perfect guide to ATMs to withdraw cash during the Japan trip. To use ATMs in Japan is really simple; if you know where ATMs are available in English, and only two places you need to know. All information about withdrawing money is right here. 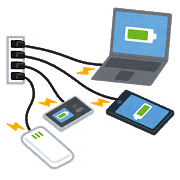 Make sure your phones, portable chargers, and other devices are fully charged.

This is important to check out the latest information when power supply may down while a typhoon striking.

Also, will happen a shortage of outlets in the evacuation shelter. In the past, many people waited in line to use power in the shelter.

To avoid this situation, make sure to charge your device.

Write down the phone numbers of the embassy or the consulate in your staying area.

Get Supplies Such AS Foods And Water 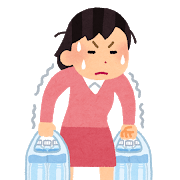 Most grocery stores will be closed or change the closing hour. Make sure you have enough supplies such as water and food.

Convenience stores probably stay open, but walking outside during typhoon is not recommended.

Make Sure The Shelter Location 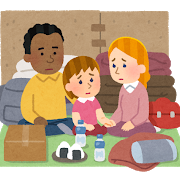 Check out the evacuation route and shelters where you suppose to go.

Better check more than one shelter to make sure you can get the space. 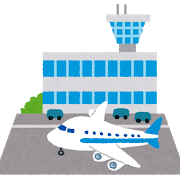 I am telling you again and again,

Although there is plenty of time that a typhoon will make landfall, it affects the public transportation schedule on the typhoon route including flights, trains, buses, highways.

Check the public transportation schedule if you plan to use those before you leave.

Especially if you are going to use shinkansen and airplane, make sure your ride or flight is on schedule. 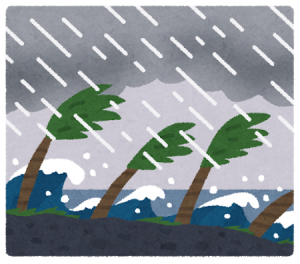 While the typhoon hits your area,

Unfortunately, some people often lose their lives while going to watch the riverside.

In Japan, typical Japanese-style rooftops are covered with “clay roof tiles” so it is very dangerous to go outside while strong wind blowing.

In recent years, deadly flash floods and landslides likely occur in Japan, in these cases, not only typhoons but also be aware of a localized torrential downpour.

Tokyo Shinbun tells Typhoon hit the Tokyo metropolitan area the other day, and the transportation network, mainly railways canceled the schedules. Thousands of passengers had been stuck in the station for hours, however, many foreign tourists had no clue what was going on. The announcement from speakers was only in Japanese and they couldn’t find English speakers around.

It may happen to you unless you don’t keep your eyes on the latest information.

Check the weather every day during your trip.

Download translate applications on your device and activate the Japanese network connection.

My recommendation of translate applications for Japanese here. 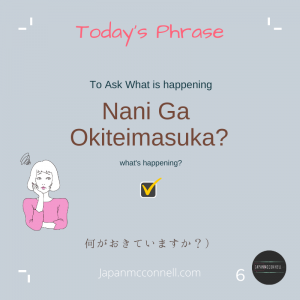 It is important to remember these 12 tips about preparing in case of a typhoon striking in Japan.

Typhoons also can mess up the transportation schedules and your travel plans.

Trains often will be delayed or canceled in the extreme weather condition even in advance.

It’s always a good idea to be prepared and keep your eyes on local weather conditions.

Don’t forget packing up rain jackets (an umbrella will not work..) and a portable mobile battery!!!

Consider changing your cell phone plan or to purchase a sim card available in Japan. 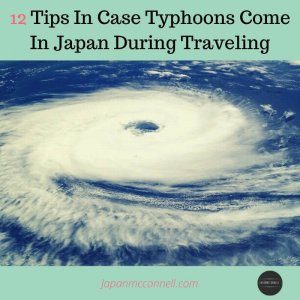 Travel insurance available for foreign visitors in Japan
Are you ready for the dream trip to Japan? No one wants to get in trouble, but it is a fact 1 in 20 foreign travelers get sick or injured during traveling in Japan. Check out your insurance policy before leaving. If you need it, you can still buy travel insurance for foreign tourists after entering Japan. You want to think about Japanese insurance because it provides a medical institution and iter interpreter service smoothly. In this site, I am going to tell you what is available.

japanmcconnell.com
Things you must know about how dangerous Heatstroke in Japan
Do you know how dangerous if you do not prevent heatstroke? In Japan, unfortunately, many people lost their lives due to the heat in the summer season. If you plan to go to Japan in the summer, you should learn about heatstroke on this site.

japanmcconnell.com
The Useful Free Apps for traveling to Japan [2020 updated]
Want to know the latest best apps for traveling in Japan? I am going to tell you apps that you need to download for travel information, map & navigations, translation, taxi, safety alarm, and free wifi searching in Japan.

Driving in Japan; How To Stay Safe In The 11 Things You Should Know About