The native guide; All about unique Japan5 Things You Want To Know About Japanese Sour Cocktail
Sponsored Link

A sour is a traditional family of mixed drinks. Common examples of sours are the margarita and the sidecar. Sours belong to one of the old families of original cocktails and are described by Jerry Thomas in his 1862 book How to Mix Drinks. Sours are mixed drinks containing a base liquor, lemon or lime juice, and a sweetener (triple sec, simple syrup, grenadine, or pineapple juice are common). Egg whites are also included in some sours.

A cocktail named “sour” you know is like this.

However, in Japan, “Sour” is a little different cocktail from other contries. 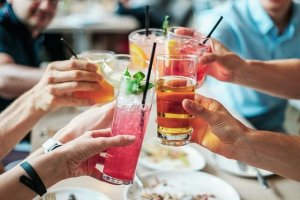 “Sour”(サワー) is a cocktail in Japan too, but generally the cocktail called sour is a “Shochu” (distilled spirits) drink mixed with carbonated water and fruit flavor, and sometimes sweeten.

Generally, Japanese sour is not so sweet.

“Sour” is a popular drink at Izakayas, there are several fruit flavors and it is served with a beer mug or highball glass.

Yes, if you read my article written before, you have already noticed it sounds like “Chuhai”.

The funny thing is not so many people don’t know what difference between “Sour” and “Chuhai” in Japan.

Because these two drinks are so popular, so common, and very similar taste so we may not think it too much.

Although the place where serves alcoholic beverages like Izakayas, some places handle these two as the same kinds of cocktails.

But it tends to call “Sour” that a drink use “sour” mix, which is the distilled spirits already sweetened and flavored, on the other hand, “Chuhai” is mixed Shochu and fresh fruit juice.

It is not so clear though outside picky drinkers.

However, at only authentic bars, they serve authentic “Sour” as you know.

It is said, “Lemon Sour” is the Japanese original cocktail that people started to call it “Sour” after WW2 in Japan.

At the time in a mahjong club in Tokyo, the popular drink among players was “shochu” drinks mixed carbonated water (called Chuhai). 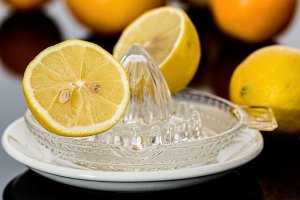 One day, someone added fresh lemon juice in it, then it became the staple drink there.

After the mahjong club changed to a “Izakaya”, the drink was called “Lemon sour”.

In 1980, a “lemon sour” mix, “High sour”(ハイサワー) had produced by “Hakusui-sha” and then “Lemon sour” got a more common drink at home, at Izakayas in Japan.

It is not only “Lemon sour”(レモンサワー), there are more flavors at Izakayas and canned drinks today.

Each Izakayas and beverage company have original unique flavors, here are common flavors.

Its taste is close to lime but may be more bitter and tangy.

There is similar Japanese citrus called “Sudachi”(すだち), it is popular in Tokushima Prefecture, in Shikoku island, it is much smaller (golf ball-big) than Kabosu (tennis ball-big), and its taste is little milder than Kabosu.

These are often used for cocktails and also popular than Limes, so it may happen the flavor will be Kabosu or Sudachi especially when you buy a canned Chuhai or Sour in Japan. 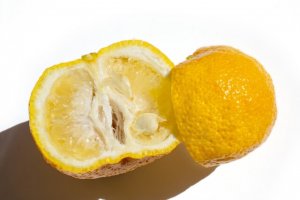 “Yuzu(ゆず)”is a citrus fruit in the family Rutaceae, it has a relatively thick yellow skin and is more aromatic and much sourer than other citrus fruits.

However, Yuzu has a slightly sweet and refreshing flavor unlike sudachi or Kabosu.

Yuzu has been well-known its health benefits and a part of life in Asian countries for long time. 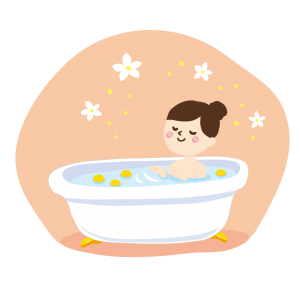 “Limonene” and “Hesperidin” contained in Yuzu works to promote blood circulation and moisturize the skin.

There are some cosmetics used compounds from Yuzu.

In wintertime, Japanese people enjoy “Yuzu bath” which is taking bath floating Yuzu.
It is also said that the scent contained in the peel of yuzu has a relaxing effect.

This is off-topic but I want to talk about “Korean Honey & Yuzu tea” is a very good comfort drink.

This is a traditional Korean tea (yujacha) made from Yuzu.

Yuzu is an excellent source of vitamin C so Korean and Japanese people drink when they have cold symptoms.

Vitamin C has antioxidant effects which important for cold prevention and fatigue recovery.
Yuzu contains more Vitamin C than lemon, even it one of the top citrus fruits.

Vitamin C also helps in the production of collagen, which is important not only for beauty but also for healing wounds quickly.

If you have a lemon tea with honey when you get cold, how about “Korean Honey Yuzu tea” next time???

Even Honey citron tea is simply tasty with Hot and Cold.

If you like ginger flavor, this also make you cozy. Ginger has the effect making the body warm.

I use this for drinking itself, of course, making “Sour”with this, and use it for marinating Chicken.

In a couple of years, “Lemon sour” has been trending in Japanese drinking culture, especially among young girls.

Not only young girls but also people who care about healthy bodies but still want to enjoy drinking likely choosing “Lemon sour” because of using distilled spirits.

Compared with a few years ago, several kinds of canned “lemon sour” are overwhelmingly filled with shelves in stores.

How To Make Japanese Style Lemon Sour At Home
Do you know Japanese style sour cocktails? "sour" is a very popular cocktail in Japan, a lot of flavors. Especially, Lemon sour has been trending in recent Japan and you can make it own at home! It's lemony and clear taste and the perfect refreshment in the afternoon on the patio! The color of yellow makes you feel happy and spontaneous and get also vitamin C with low carb distilled spirit! In this recipe, you will infuse lemon peels and distilled spirits for a few days, how? Read this and enjoy the Japanese style lemon sour! 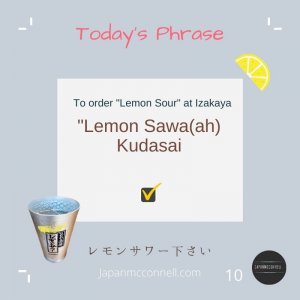 When you visit Japan or someone talks about Japanese sour, it’s different cocktails what you think.

A big difference is using carbonated water and not so sweet.

Generally, the price of “Sour” is not expensive but it depends on it is used fresh fruits or “sour mix”.

It’s very easy to make yourself, why not make your own tonight?

You can make “Japanese sour” with vodka or gin, any distilled spirits but if you want to feel more authentic Japanese, you can try “Shochu”.

“Shochu” is low calories and low carb drink, do you want to know healthy snacks that Japanese often order at Izakayas?

The Native Japanese Cooking Guide; How To Cook Rice Perfectly without A Rice Cooker

Warning; You Will Miss Japanese Traditional & Cultural Experiences By NOT TRAVELLING In 4 High Seasons In Japan