Mino washi has been listed as a UNESCO intangible cultural heritage.

The Aesthetic Washi Paper As Japanese Tradition
The beautiful Japanese traditional paper - known as Washi (和紙) is thin, strong, soft, absorbent, and long-lasting giving a simple warmth. Making-washi paper has about 1,300 years of history and its impressive craftmanship is worth knowing as world heritage. This is the informative guide to get to know Washi paper more than those as "washi tape".

Mino city is also known as the old “Shukuba” town on the Nakasendo trail.

Mino city doesn’t have the luxury like Kyoto or Takayama city but has beautiful Japanese nature and friendly local people.

Where Is Mino City, Gifu Prefecture??? 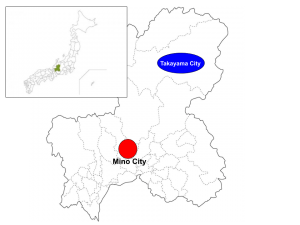 Mino city and the surrounding area are very famous as the production of Mino “Washi” paper. Also, the urban area is known as “Udatsu Wall Historical District” is selected as the important traditional buildings preservation district of the nation.

The easiest way is to use a highway bus operated by Gifu bus from the Meitetsu Bus Center toward Mino city.

Bus departures from No.23 on the 4th floor. No reservation. Make sure you have enough cash to pay when getting off the bus. You can’t use a prepaid transportation card. Don’t forget to take a boarding voucher (a numbered ticket) when boarding a bus. 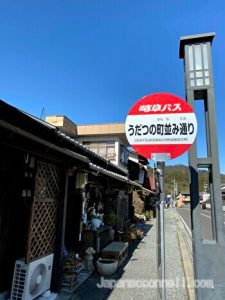 Due to no reservation required, there is a chance you can’t a get seat especially during Seki City’s annual Cutlery Festival (Hamono-matsuri). 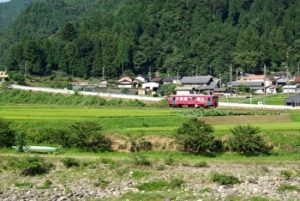 There are two ways to get to Mino city, to use only local bus or use Nagaragawa Tetsudo (長良川鉄道).

In my suggestion, using “Nagaragawa Tetsudo” is easier than taking a local bus.

Get on the Takayama Line (高山本線) train and tranfer to Nagaragawa Tetsudo at “Mino Ota” (美濃太田 CG07) station.

Udatsu no Agaru Street; The Old Street In Gifu-Mino City

In Mino City, you can see Udatsu no Agaru Street (うだつの上がる町並). The townscape of Udatsu, which was selected as a national traditional buildings preservation district.

Mino City was throughout the Edo period, it prospered through economic activities based on Handmade Japanese traditional paper. A merchant town in the Edo period (1603 – 1868), the streets in the district are lined with merchant houses built, showing an old appearance. 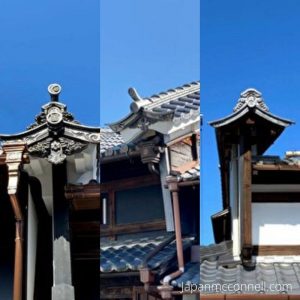 “Udatsu”(うだつ) is an earthen firewall installed on the border with the attached house. It cost a lot to install, so the only wealthy families could have Udatsu. In other words, “Udatsu” is a symbol of wealth, and “Udatsu street” shows the prosperity of these old days. Each Udatsu is decorated with family crests, and its luxury represents the authority of the merchant.

“Udatsu Ga Agaranai”(うだつがあがらない) is a Japanese idiom, which literally means “Never get ahead”.

The only successful family could install “Udatsu”, so people began to use the idiom to explain people or businesses is not doing well.

The former Imai family residence (旧今井家) is a representative Udatsu-wall building, and today is opened as a Mino history museum. 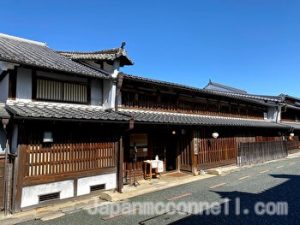 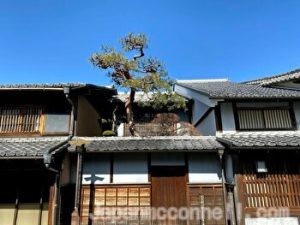 A suikinkutsu (水琴窟) is a type of Japanese garden ornament to enjoy the water-dropping sound through a buried upside-down pot. There is a hole at the top of the pot, and water drips from the hole at the top into a small puddle in the pot and a pleasant splashing sound echoes in the pot. 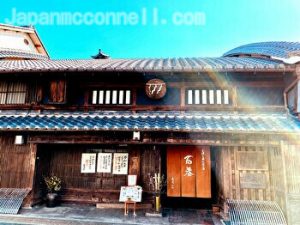 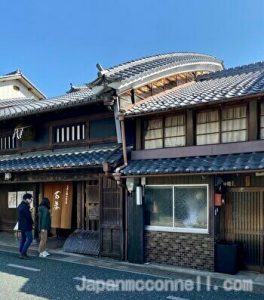 Kosaka Sake Shop is a sake brewery built in the early Yasunaga period (1772-81). The entire roof was slightly curved, which was an urban architectural style at the time. The beautiful ruins are extremely valuable and were designated as a national important cultural property in 1979.

It is long narrow inside and there is a sake brewery. You can see various building ideas for sake brewing.
Of course, you can buy local Japanese sake in the shop. 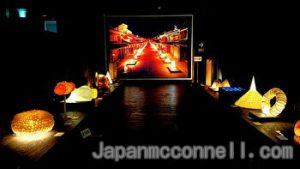 As the town revitalization, there is the lantern art festival held annually at Udatsu no Agaru streets. From professional washi paper crafts to amateurs, compete their artistic lantern works made with Mino washi paper. 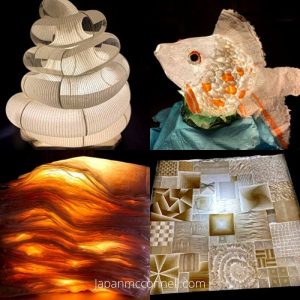 At the museum, you can see all lantern works throughout the year. The interior of the building is made of wood and Japanese paper, and the calm atmosphere naturally heals the mind.

The first floor is a shop that sells Japanese paper light art products. Just like the exhibition room, you will find highly artistic light art. 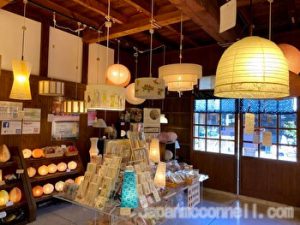 It is a specialty lamp shade shop made with Mino Washi paper. The upstairs is a small gallery, The soft warm lights through Washi paper shade bring you to a different world. 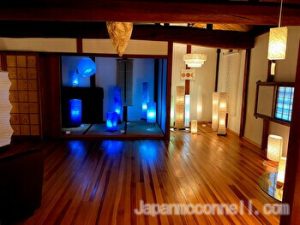 When I was visiting, the only guest was me, I could forget the time sitting on the couch looking at the warm blue lights. 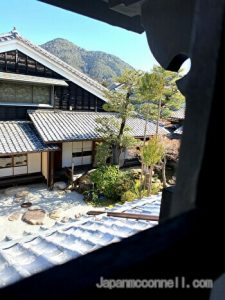 There is a hidden Japanese garden which you can see through the traditional small window room in the gallery. 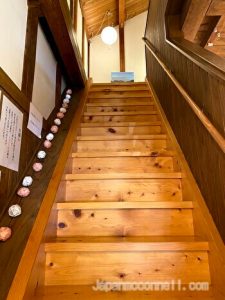 Go to the shop, there is a Japanese typical narrow stair. Take your shoes off to go upstairs.