Drinking green tea has taken over as a part of the Japanese lifestyle since ancient years.

Japanese green tea has been getting incorporated due to its mysterious taste and aroma but also its health benefits worldwide.

Not only enjoy drinking tea, the traditional tea ceremony, “Sado”(茶道) that has been sublimated into the culture, attracts connoisseurs as the Japanese “Zen” experience.

In this way, the Japanese and green tea has related deeply, of course, there is no reason to not create “green tea cocktails.”

It is easy to get Japanese green tea worldwide today, so

I am going to tell you cocktails used “Green tea” without “green tea flavor Liquor” products.

The Types Of Green Tea In Japan

The tea called “Green tea” in Japan is a generic term and has a variety of types categorized by its manufacturing process and cultivation. 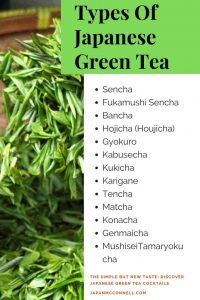 I dived in the detail of types in this article, so you can read it later if you have time.

In this post, I will introduce major Green tea briefly.

Sencha Green Tea Aesthetic; How To Brew, Store, Roast In Japanese Authentic Way
Sencha is the type of green tea, which is the daily green tea for Japanese tea time. Like other tea, sencha green tea has several health benefits. Not like Matcha, the taste is refreshing. There is no picky manner to make sencha, but there are several tips to make 10 times better sencha green tea if you read this guide.

In the Japanese drink culture, we make “green tea cocktails” with those green tea that I explained above.

“Ocha-wari”(お茶割り)– the general term that a cocktail mixed with spirits and tea in Japanese.

Ocha refers to the entire of tea products includes Chinese and British. So, keep in your mind that Ocha-wari doesn’t refer to a cocktail that uses Japanese green tea only.

Therefore, interestingly, you will be asked how you like to drink Shochu at Izakayas in Japan, such as “straight”, “on the rock”, “with water”, “with boiled water”, and “with green tea”.

Despite it is called “Ryokucha-Hi” which sounds like Chu-Hi, it is not fizzy and not sweet. It is just mixed with Shochu and a Sencha tea.

To be precise, it should be called “Sencha-Hi”, but as I said earlier, Sencha is a daily green tea, so “Ryokucha” often means Sencha.

Shochu (Japanese vodka ) which is low in sugar, and a green tea is expected its effect of increasing glucose in the blood and helping to break down alcohol.

If you want to try “Ryokucha-Hi” at home, you can make it with vodka and cold Japanese sencha tea. Besides, get Japanese shochu from a local liquor shop if you are looking for an authentic taste.

Especially for Shochu beginners, “Mugi Jochu” that the raw material is barley is a good start for “Ryokucha-Hi”.

(Iichiko is a Mugi Jochu that I often see in my local shop, and Kuroyokaichi is an Imo Jochu that I can find online.)

Fill plenty of ice in a glass, add Mugi Jochu of your desired amount, pour green tea, and stir to complete a delicious Ryokucha Hi.

Basically, “Ocha-wari” cocktails are not sweeten as I mentioned. Add syrup if needed.

Moreover, a bottle of Sencha tea is faster and easier, “Koi-cha” (means “a strong tea”) has a stronger green tea flavor, so it is one of an option. (by the way, it is further from the authentic Ryokucha-Hi when using Arizona tea instead of Japanese green tea.)

Shochu, but some people are not accustomed to the unique flavor of shochu like my husband. (To me, his favorite gin has a strong flavor than Shochu though.)

Vodka instead of Shochu can make sense-it’s the same distilled liquor and easy to get.

However, the alcohol content of vodka is as high as 40%, so the recommended ratio is vodka: Sencha tea = 1: 3.

I prefer to add carbonated water because I like the feeling.

Sencha goes well with whiskey and has a very elegant taste.

Japanese whisky is better, but it’s not so friendly price, so I recommend Canadian whiskey or Irish whiskey.

Adjust the ratio to your liking and find the amount you can drink deliciously. 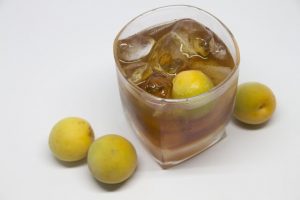 “Umeshu” is a Japanese plum liqueur. Fresh Japanese plums are steeped in distilled liquor with sugar. The rich, sweet, and aromatic taste is very attractive.

Umeshu and Sencha tea, both are Japanese, how come it goes bad?

Mix Umeshu and Sencha tea with the same ratio.

The Next Trend In Japan? Macha-Hi 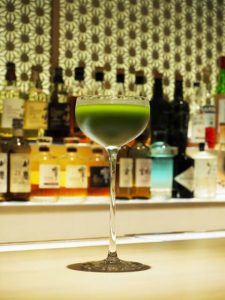 “Matcha Wari”(抹茶割り) has been gradually trending in Japan.

There are many stylish bars and Izakayas throughout Japan that offer their special “Matcha-wari” cocktails. To follow up the new trend after “Lemon Sour”, major alcohol beverage companies produce new items of canned “Macha-wari” drinks in recent years.

The charm of Matcha-Wari aka Matcha-Hi is its vivid green color and refreshing, Umami, astringency taste. Want to grade up a classic cocktail with “Ceremonial Grade Matcha”?

Home Izakaya! How To Make Japanese Style Lemon Sour
What's Japanese-style sour? It's a classic Izakaya cocktail as popular as cold beer and whiskey highball. Generally, Japanese sour is not sweet or less sweet and is made of the mix with Japanese shochu/vodka, fizzy water, and lemon juice/lemon-flavored syrup. In my recipe, we'll make lemon-infused vodka and frozen lemon ice. So, you can enjoy the ultimate lemony Japanese lemon sour without watering it down.

How To Dissolve Matcha Powder Without Clumps

Here is the problem to start making Matcha-Hi. How to dissolve Matcha powder easily at home?

Technically, authentic ceremonial grade Matcha which is milled tea leaves will never dissolve in a liquid. This is why we use a whisk and combine Matcha tea and water well.

But, you don’t need a Matcha ceremony kit just for making a Matcha cocktail because there is a good way to go!

Alcohol has almost no surface tension so Matcha powder which milled well will hardly make clumps.

If you like sweet Matcha powder, it is not stick-packages but here’s already sweetened Match powder, dissolve easily. “Itoen” is a Japanese major tea product company so fine quality of taste. 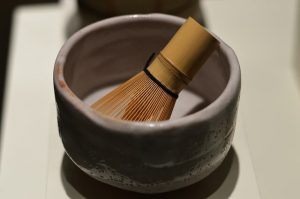 If you want to entertain guests by making a Matcha-wari cocktail in the traditional way, here are is steps.

So, let’s check out the next page about “How To Make Matcha-Wari Classic Cocktails.”

Dashi Kelp 101: How To Make Japanese Kombu Dashi At Home