If you are a “Japanese MATCHA green tea” connoisseur, you know the famous MATCH brand, “UJI MATCHA”.

Uji Matcha is defined that

The matcha green tea cultivated in 4 prefectures of Kyoto, Nara, Shiga, and Mie and processed in Uji city, Kyoto is called “Uji Matcha”.

How about “Nishio Matcha”???

Matcha made from tea leaves produced in Nishio City, Anjo City, and Kira Town, Aichi Prefecture, processed and refined to make tea in the same area. So Nishio Matcha is produced in only Nishio area, Aichi prefecture.

In fact, the amount of producing Matcha in the Nishio area is following Kyoto prefecture, and produce 30% of Matcha in Japan.

It is shame, but I haven’t learn about Nishio Matcha as a local resident in Tokai area, and found out Nishio city is so much attractive for Matha lovers.

Today, I am going to tell you about the overview of Nishio Matcha.

Where Is Nishio City, Aichi Prefecture??? 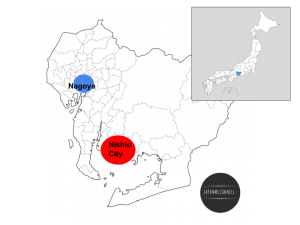 Nishio (西尾市, Nishio-shi) is located in Aichi Prefecture, in the central region of Japan. The total area of the city was 160.22 square kilometers (61.86 sq mi). It is a regional commercial and manufacturing center and the country’s leading producer of Matcha green tea.

Access From Nagoya To Nishio Station By Meitetsu Line

To get Nishio station, only Meitetsu line is available, however, you can use JR Line to JR Anjo station, and catch the Meitetsu train.

The Overview Of Nishio Tea 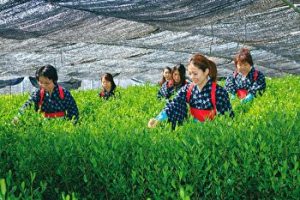 As the beginning of Nishio green tea is a history Buddhist monk planted tea in 1281.

In 1872, the chief priest of Kojuin introduced the tea-making technique from Uji area, and local farmers started cultivation.

Nishio City had a perfect warm climate and the rich soil made from the Yahagi River where good tea could be made.

However, due to the location of Nishio City between Kyoto and Shizuoka, which were already famous for producing green tea, tea farmers and distributors had a lot of trouble to get sales.

To compete with green tea producers in those prefectures, the Nishio tea farmers focused on producing “Tencha” green tea (preprocessed Matcha) as the main products.
Even now, 97% of green tea production in Nishio City is “Tencha” and there is no similar place to cultivate only “Tencha” like Nishio city.

Currently, the annual “Tencha” production of Nishio City is about 450 tons, and one-fifth of them are exported overseas. 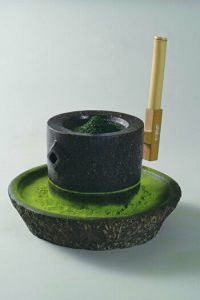 A long-established teahouse in Nishio City, founded in 1888, known as a high-quality matcha producer. Aiya started inventing “Matcha products” for eating not only drinking, earlier than other companies.

“Nishio Matcha” has been overshadowed by “Uji Matcha” for long, so Aiya decided to proceed in the food market instead of competing on the same market in Kyoto or Shizuoka.

Around 1960, challenged to develop a new market. Aiya abandoned the stereotype of matcha which is just for the tea ceremony and tried to expand sales using matcha as a raw material for food processing.

Also, Aiya succeeded in cultivating organic “Tencha” green tea (preprocessed matcha), which was impossible at that time, as a result of constant efforts and trial and error.

Aiya Matcha began to be sold as a raw material for food processing.
Furthermore, not only marketing in Japan, and also focus on international markets considering Matcha green tea health benefits trending.

With many years of effort, Aiya currently exports more than half of its production overseas.

There is a hands-on matcha museum “Waku Waku”(和く和く) in Aiya tea shop, where you can learn about Matcha green tea more, it is a popular tourist attraction in Nishio city since it was opened in 2017.

Things To Do; Cafe-Hopping For Matcha Sweets

In this way, Nishio City is one of Japan’s leading Matcha producing areas, and you can enjoy authentic Matcha green tea and unique “Matcha sweets” at many teahouses and coffee shops in Nishio City. Today, many visitors come to take photogenic photos of matcha sweets such as shaved ice, Baumkuchen, and tiramisu. 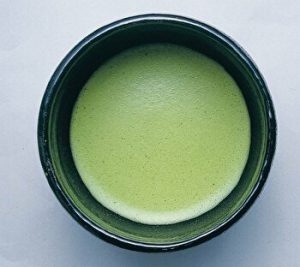 Saijoen (西条園) produced by Aiya is a specialty shop where you can buy Matcha green tea, Matcha sweets, and traditional Japanese tea utensils. There is a cafe, you can enjoy ceremonial grade fresh Nishio Matcha and seasonal Matcha sweets from the factory.

Especially, Matcha Tiramisu is a very popular sweet at the cafe. It is a limited amount, so you are lucky if you get!

The Japanese garden which selected one of the beautiful gardens in Japan by Soteisha (創庭社) is also worth seeing.

If you don’t have time to visit Aiya’s cafe in Nishio city, there is a branch cafe in “Maker’s Pier” in Kinjo Futo area, Nagoya. 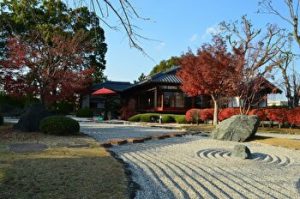 The Konoe House (“Kuge” Konoe family-the senior officer) conveys the culture of the luxury tea culture. It consists of two main buildings, which are a luxury tea room and a library. Both were relocated from Kyoto. Enjoy authentic Nishio Matcha green tea and a Japanese sweet and a seasonal view of the beautiful Japanese garden.

* Kuge (公家) was a Japanese aristocratic class that dominated the Japanese imperial court in Kyoto. 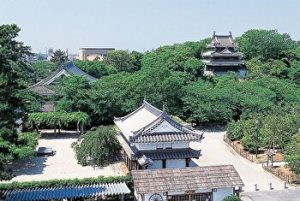 The Konoe House is located in “Nishio City History Park” where you can also learn about ancient Japanese history and Japanese gardens.

It is good to taste authentic matcha at a teahouse or enjoy matcha sweets, but if you want a further knowledge of matcha, how about a factory tour?

The factory tours are required reservations in advance. 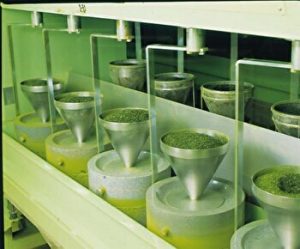 The Matcha Museum “Saijoen Waku Waku” produced by Aiya, you can watch the manufacturing process of matcha,
learn the Matcha grade difference and blending of tea leaves, making matcha powder in a traditional way.

The factory tours are required reservations in advance. Call each office to make a reservation. So far, as my research, the website is available Japanese reservation form only and notes that international visitors must reserve via a phone call.

It because Uji Matcha was already famous and accepted as ceremonial grade Matcha, so Nishio Matcha can find its own way to let people know Matcha more.

Especially if you have a travel plan to Nagoya, go for a day trip to Nishio city! 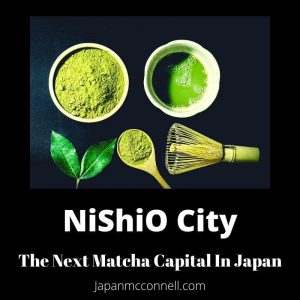 japanmcconnell.com
5 Things to do in TOYOTA city, Japan
Do you know TOYOTA CITY which is the suburb of NAGOYA CITY? The city is famous for the TOYOTA headquarters office and also the Toyota museum, Korankei valley, and art museum. Toyota city is full of the nature of the authentic countryside of Japan. If you have time to spend one day visiting Toyota city during visiting Nagoya, try 5 things you should do in the Toyota city area.

japanmcconnell.com
Nagoya Japan Highlights; Nagoya Travel Information And Tips
Nagoya, the 4th largest city of Japan, is often overlooked by travelers in favor of other cities such as Tokyo, Kyoto, Osaka. Kinda understand. But I put all my effort into how I can tell you Nagoya's charm points with my 14-year experience of living in Nagoya. As the secret weapon to catch your attention, Toyota is getting old! Now, Nagoya Meshi is the most appealing of Nagoya! A unique & creative local cuisine that you can eat only in Nagoya. Also, Nagoya is the perfect compact city for 1-day sightseeing. Read this site, and just hopping off Shinkansen at Nagoya station.

japanmcconnell.com
The Simple But New Taste "Ocha Wari": Discover Japanese Green Tea Cocktails
Here are great cocktail recipes you should add to your home bar. Get inspiration for new favorites. Make your own classic but mysterious green tea cocktail recipes. Bottoms up!

The Next Best App for Japan Travel

Yokoso Osaka Ticket; One Of Travel Pass To Think About For Osaka Japan Trip [updated]