Do you know what a thousand paper cranes are?

Maybe you have known it from the famous story about “Sadako”.

In worldwide, a folded crane is known as the symbol of peace.
But do you know other meanings of a thousand crane in Japan?

I know there is a custom for hospitalized people to give a thousand paper cranes to pray for recovery from their illness, but I don’t understand the meaning behind them.

My husband says that a thousand paper cranes are a symbol of peace. Is that so?

Let’s find out it with me.

Break Up The Word Of Senba Zuru 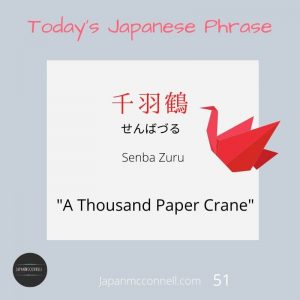 Before jumping to the meaning, let’s do understand the Japanese word about a thousand crane first.

A thousand crane is called “Senba Zuru” (千羽鶴) in Japanese.

By the way, “Origami” (折り紙) became already an English term, yes, it is a folded paper, to fold a paper or a paper itself for folding paper.

Sometimes I see the people who call a folded crane “Origami”, but “Origami” is the general term for folding papercraft. 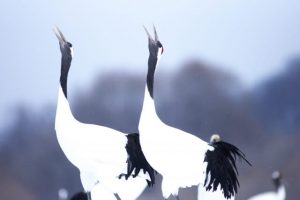 “A decoration that a lot of folded paper cranes are connected with a thread. It is made for prayers, wishes, and recovery from illness, or they are given as gifts with that thought in mind.”

The “thousand” in this word means metaphorically”many” nor exactly 1,000. 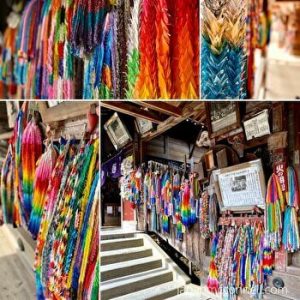 Japanese cranes have long been regarded as “Happiness birds”, so a group of cranes has been believed as “the extreme lucky item” for Japanese people.

Originally, it is said that paper cranes or illustrations of cranes are the ones were dedicated to the shrine or temples as gratitude to God.

Moreover, Japanese crane is known as “a symbol of longevity”.

In the Edo period (1603 – 1868), it became popular among the common to make origami cranes as a belief that “every time you fold an origami crane, the lifespan will be extended.”

During the war, families began to fold cranes with the hope that their family members would return safely. The thousand origami cranes came to have the meaning of “wishing” added to “gratitude to God.”

In addition, the Japanese crane pair will spend their life together until one of the crane dies. So it is also “a symbol of a happy marriage (couple)”.

Therefore, since the crane is a symbol of longevity and great blessing, a “senba zuru” is often used as a gift to the victims of disasters or the sports team in Japan.

The Brief History Of “Origami” In Japan 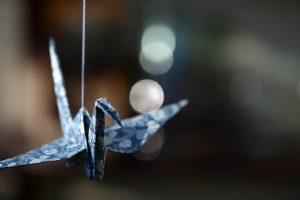 Around 610, making paper technology was introduced to Japan from China, and the Japanese developed a unique thin and strong paper, “Washi”.

For a long time, only upper-class people could use Washi paper as a letter pad or wrapping paper.

Around 1700, Washi paper became common to everybody and began making objects folding paper which is the origin of Origami papercraft. 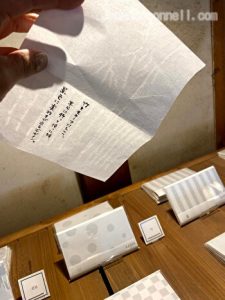 One of the famous place to produce traditional Washi (和紙) paper in Japan is Mino city, Gifu.

The making Mino washi paper has been officially added to UNESCO’s Intangible Cultural Heritage, and also Tokyo summer Olympic diplomas will be made of it.

Things To Do In Mino City, Gifu, Japan; The Memorable, Peaceful, Historical Town
Things to do in Gifu? Visit Mino city located in the center of Gifu surrounded by great nature. The city is famous for Mino Washi Paper selected in UNESCO intangible cultural heritage. Stroll around "Udatsu no Agaru" historical district, get relaxation from soft warm lantern lights made of Mino washi paper. Stylish cafe, Kawaii Mino washi shopping, and great views from the hill.

Sadako And The Thousand Paper Cranes

Have you ever heard of the name Sadako Sasaki?

Perhaps, the story of Sadako is more famous overseas rather than in Japan.

When she was two years old, she was exposed to radiation from the atomic bomb was dropped on Hiroshima, 1945.

When she was 11, she needed to be hospitalized due to diagnose leukemia, a typical radiation-induced illness. Her father was told her life expectancy would be in a year…

A high school student in Nagoya sent a paper crane in hopes of Sadako’s recovery and which motivated Sadako and other inpatients to start making folded-cranes.

Like a belief that a thousand crane is the symbol of recovery from the ill, they believed that folding a thousand paper cranes would make their wishes come true which their illness would recover.

She had never stopped making cranes, even though her health condition had been worse. By the time she passed away, it is believed she made 1,300 to 1,500 cranes.

At her funeral, many “Senba zuru” were dedicated to her casket. Since then, Senba zuru has become widespread as a symbol of peace as you know. 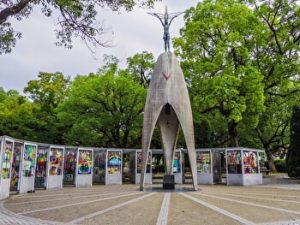 Today, you can see her as the “Children’s Peace Monument” modeled by Sadako Sasaki in the Peace Memorial Park in Hiroshima.

Today, paper cranes are being recognized as a symbol for praying for peace and overcoming difficulties.

It makes us heartwarming that many people praying for peace and reconstruction will send paper cranes not only to the monument in Hiroshima but also to places damaged by natural disasters worldwide.

I visited the Pearl harbor national memorial in Hawaii, and I saw many paper cranes hoping for peace.

Tips And Rules For Making A Thousand Cranes

There is no specific way on how to make a thousand paper cranes, it is common practice to pass 20 to 100 paper cranes through a single thread and tie beads, buttons, or a small piece of plastic straw on the bottom as a stopper.

Speaking of crane wings, it doesn’t matter whether to be opened or unopened. If you are concerned about space, it is better to keep it closed. Some people say making a head part (folding a neck) brings bad luck, but it seems not true.

I highly recommend using Japanese-imported Origami paper, because the Japanese one is thinner than one made in other countries so it is easier to fold the details.

For Japanese people, a thousand crane symbolizes not only the symbol of peace but also a prayer for the recovery from the ill, or to carry good luck, or as the dedication to the sacred place.

Personally, I always keep origami paper with me every time traveling, I give paper crane to service workers.

If you have a crane that a tiny Japanese female gave to you, it might be me!