The one of things to do in your Japan trip list, visiting Shrines and Temples I believe.

Fushimi Inari Shrine in Kyoto, Itsukushima Shrine in Hiroshima, Dazaifu Tenmangu in Fukuoka, has been selected as the popular sightseeing spot among international and also Japanese travelers in Japan.

Like visiting Cathedrals, churches, mosques in your culture, we have proper “visiting manners” of shrines and temples.

Besides, visiting manner for shrines and temples are slightly different because they are technically two different religion.

However, there is nothing about being nervous to visit shrines and temples, and visiting manners are not really strict to follow if you use common sense, so I recommend learning local steps to show your respect.

Today, I want to focus on steps to visit Shinto shrines and tell you things-to-do after pray such as drawing Omikuji.

If you want to skip “Omikuji things-to-do” section, click here.

The Overview Of Shinto Shrine

Japan is home to thousands of shrines.
There are more than 100,000 shrines in Japan, including small unregistered shrines.

A shrine is a religious facility that enshrines the gods of Shinto, a religion peculiar to Japan.

“Shinto” (神道) is the oldest particular native religion (indigenous religion) in Japanese culture. In Shintoism, Japanese people have believed that everything whether organic matter or inorganic matter, has the spirit of a deity, (Shinkon).

Shinto Shrines has been built as the place to be enshrined the individual God, and the worship of shrines has been essential elements of the Japanese believes for Japanese long history.

What differences between Shrines and Temples

Simply to say, temples are basically for Buddhism and shrines are for Shinto.

Japanese Buddhism was introduced in the 6th-century via Korea from China and then has been developed forming several schools in Japan.

Therefore, shrines enshrine Japanese gods such as Amaterasu Omikami and Okuninushi no Mikoto, and temples enshrine Buddhas from India, such as Buddha, Amitabha, and Kannon.

Speaking of the apparent differences, for example,

There is no published dress code, however, use common sense.

Shinto Shrines and Buddhist Temples are holy places where Gods are enshrined and worshipped.

The Proper Manner For Shrine Visit

When you come to the shrine, you will see the big red entrance gate called “Torii”(鳥居).

“Torii Gate”(鳥居) is believed the borderline (and a barrier) between the sanctuary and the other world. So it means the area beyond Torii gate is sacred where the gods are.

As the formal manner to enter the gate,

Beyond the gate means you step in the sanctuary, and the center way is for Gods.

If you wear a hat, you should put it off before the gate.

You may see some people who don’t follow these manners, but this is a custom that the ancestors have been doing for hundreds of years. Some might not know the tradition (honestly, I haven’t known for long), it is advisable to do so as a show of respect.

Even to walk on the path approaching the main hall, avoid walking in the center.

At shrines, you will see the water basin called “Temizuya” or “Chozuya” (手水舎) .

This is not for drinking water, it is for purifying yourself before seeing God.

Before proceeding toward the shrines, you need to stop by “Temizuya” to purify your hands & mouth following the proper steps.

This ritual for the purifying of the mind and body before proceeding to the main shrine, so it is recommended to follow the ritual as your respect to the custom.

Since a series of these steps should be done with one water supply, make sure to scoop enough water first.

To rinse your mouth, do not touch lips to the ladle.

After purifying yourself, proceed to the main shrine walking in the side of the path.

Before entering the main shrine, bow slightly to show the respect.

How To Pray At The Main Hall

There are a few ways to pray depends on Shrines, I am going to talk about the most common pray style called “Ni Rei Ni Hakushu, Ichi Rei” (二礼二拍手一礼).

It literally means “Bow twice, clap hands twice, and then bow once again”.

Step to the main hall, toss the offer (coins) into a wooden box in front of the altar. 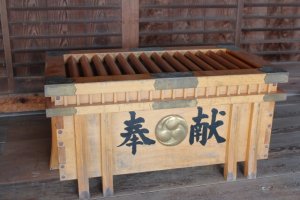 “Osaisen” (御賽銭) is to offer coins to Shinto shrine and Buddhist temples.

You can see an offertory box (御賽銭箱) in front of the main altar, and you will see the worshippers toss coins before the pray.

In a formal way, it is not “throw” the coins, “gently toss” coins in the offertory box. 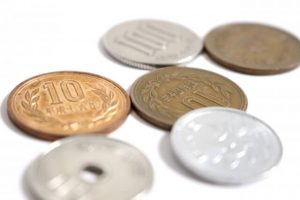 It is not mandatory, just pray with appreciation if you don’t have small coins.

You will see a bell with a big thick strap in front of the altar. This means asking God’s attention and also removing evil by ringing the bell. After ringing the bell, bow deeply twice.

After clapping your hands twice, put your hands together, and pray.
First, tell God your name and where you live inside yourself. Then gratitude and finally pray what you want to convey, such as your wishes and determination.

After praying, bow deeply once.

Review The Steps At The Main Hall

NODA HORO MADE IN JAPAN: The Porcelain Enamel Container Is Perfect For Japanese TSUKEMONO Pickles

Where and When you can see KIMONO girls most