I talk about the ultimate guide of Japanese mayonnaise in this post, and Japanese people love food used mayonnaise.

Mayonnaise lovers are called “Mayolar” (マヨラー), they are obsessed Mayonnaise.

There are many dishes to taste Mayonnaise in Japan such as Okonomiyaki(お好み焼き), Takoyaki(たこ焼き).

Today, I am going to tell you the Japanese favorite Mayo dishes in Japan.

Simply As The Dip

Japanese Mayonnaise is tasty as it is, so simply use it as dips.

It may like using “Ranch Dressing” or “Hummus” in western countries, and Japanese use mayo for raw vegetable sticks.

By the way, “Ranch Dressing” and “Hummus” is not so common in Japan.

10 Tasty Weird Japanese Izakaya Food, in Japan.
Do you want to try weird food when traveling to Japan as a unique experience? At first glance it is gross, but in fact, some of them are tasty, some of them are just textures. Want to find out if you like it? Follow your interest, check out this site before going to Japan.

Every One Loves Potato Salad

Potato salad is the staple comfort salad in Japan as well as your country.

The reason for the NO.2 process is to get rid of excess water from cucumber slices, so potato salad doesn’t get watery.

Add salt & pepper and milk before potatoes get cold.

It is a common Japanese potato salad recipe, you can add a chopped boiled egg if liked. My mom’s recipe is more simple, she uses only sweet corn sliced ham (or canned tuna, or Japanese Vienna sausage) 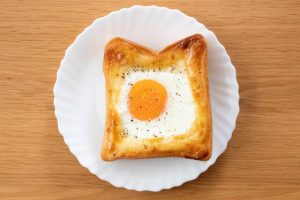 I don’t know how to call this in proper way, but anyway, I call “Mayonnaise Toast” here.

This is one of comfort food, I was so excited to eat this every time my mom made it for me. 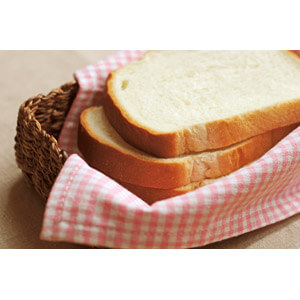 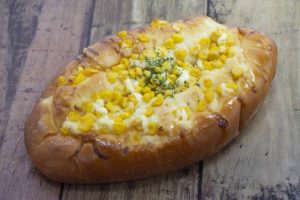 “A sweet corn and mayonnaise bun” is one from Japanese unique bakery (bread) culture.

It is called “Corn Mayo Pan” (コーンマヨパン) in Japanese, is very popular and tasty.

a sweet corn and mayo filling on a fluffy sweet bread. (there is a hard bread version depends on bakeries.)

I like it so much but I try to not eat due to the high-calorie.

Japanese people like the combination “Corn & Mayo” so it is often used as topping for the pizza menu. (My American husband says it sounds really weird to him. ) 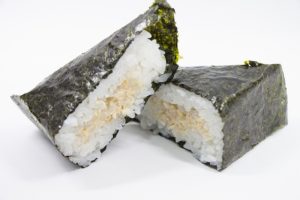 “Tuna Mayo” (ツナマヨ) is the filling that canned tuna and mayonnaise, it is always selected in the top 3 of favorite filling ranking in Japan.

Of cource, sushi with mayonnaise is popular especially among kids.

It’s very different than what passes for mayo in other countries. It’s more rich and creamy with nice acid flavor, actually tasty.

Due to the heavenly taste, It’s used more like an ingredient than a dressing.

So it may not say too much that Japanese Mayo dishes can call Japanese traditional food. 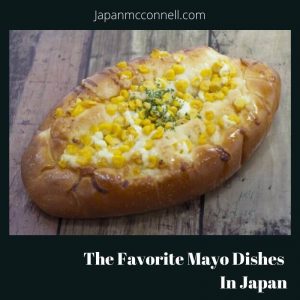 Japan Is The Mayonnaise Wonderland; Kewpie, Ajinomoto, And More!
Every one knows Kewpie mayonnaise, the staple Japanese-style mayo worldwide. But do you know why Japanese mayonnaise is so good and what differences are? There are many mayonnaise lovers in Japan and they are so proud to live in the mayonnaise wonderland, Japan. In this site, I, the native Japanese introduce not only Kewpie but also other products such as Ajinomoto which are available on Amazon, and also, few domestic products that you can get only in Japan!

japanmcconnell.com
What the Japanese can teach you 5 Things You Should Know about a Conveyor belt Sushi in Japan
Going to Japan? Are you interested in Japanese food? Going to the authentic Sushi restaurant in Japan can be a precious experience, but you will be shocked about picky manners and unknown prices. Conveyor belt sushi restaurants actually are for you, don't underestimate them! Easy to order, varieties of the food menu, high-technology innovations, and fun and tasty! Today, I am going 5 things you should know about conveyor belt sushi restaurants in Japan.

Japanese Cooking Culture; How to Sun Dry Veggies At Home