When traveling from Kansai International Airport aka KIX to downtown Osaka by train, check out a discount ticket that is going to be introduced today.

Osaka Transportation networks are very complicated due to many railways cover the largest city in the west of Japan from many suburbs.

Rather than wasting time for endless surfing to research the best way to get downtown from KIX, just read this site about “Yokoso Osaka Ticket”.

This is a travel pass that includes a “one-way” ticket for the airport shuttle called “Nankai Rapi:t” ride and a day pass for the Osaka subways and buses.

It’s cheaper than buying separately if you want to get around in the city after you arrive in KiX.

If you think about the Japan Rail Pass, you just need to buy other travel passes if desired, jump to here. 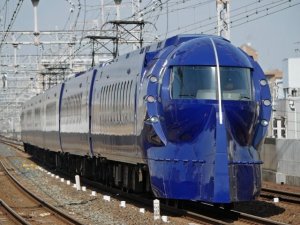 The name is pronounced “Rapido”, which takes only 38 minutes to get to Osaka-Namba station, It is *the fastest way to get to downtown Osaka.

When purchasing a ticket, it is necessary to select a departure time and reserve a seat. The price also shows the Nankai Rapi:t ticket and seat reservation fee. You have to pay both to get on Nankai Rapi:t

There are two seat-classes, the “regular seat” and the “super seat”.

The super seat is wider and the seat layout is the 1-2 seat each row against the 2-2 seat layout on the regular car.

How Much Is Yokoso Osaka Ticket?

How To Get Yokoso Osaka Ticket?

To purchase “Yokoso Osaka Tixket” is available only Kansai International Airport aka KIX.

Go to the “Nankai Railaway” (南海電鉄) counter directly before boarding the Nankai train.

The boarding date for Nankai Rapi:t is available only the date you booked. (exchanged.) 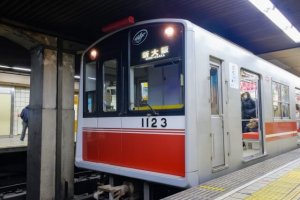 However, unlimited Osaka Metro and city buses can be used on the same date you get on the Nankai Rapi:t OR the next day, but not for both dates.

For example, if you arrive at Namba station on late-night and don’t have time to sightseeing, you can use the one-day pass the next day.

Purchase The Ticket Via Online (No refundable)

You can buy “Yokoso Osaka Ticket” online via the official website, moreover, it is ¥160 cheaper than the counter price.

Purchase the ticket online, get a exchange voucher.

When arriving the airport, exchange to the actual pass at the Nankai ticket counter.

Only an adult ticket is available online and No refundable.

you can get the same discount benefit of “Enjoy Eco Card”, the one-day pass for Osaka Metro and city bus,

Actually, there is a KIX special version of Osaka Amazing Pass.

It costs ¥3,500 per adult (a child fare is unavailable) you can use the Nankai Railway Line from the airport but you have to pay ¥520 extra if you want to get on Nankai Rapi:t. (The JR line is unavailable.)

You will get unlimited Osaka Metro and city bus rides and get free admission fees at 40 facilities and attractions.

HOWEVER, the pass is valid for ONLY THE DAY you purchased, and also a 2-day pass of KIX special version doesn’t exist.

Here is how to get downtown Osaka from KIX by using the JR line.

You can use JR WEST from the airport and there are two types of rapid trains go to major stations.

Head to downtown where you like and buy a “Enjoy eco card” or “Osaka Amazing Pass”.

(Or you can buy these at information canters in the airport.)

“Yokoso Osaka Ticket” is a discount ticket for people who travel from KIX to downtown Osaka (Namba), and plan to use subway or bus for sightseeing throughout the city.

japanmcconnell.com
2 Days Deep Osaka Itinerary "DAY 2"; The Takoyaki Vendor Hopping, Shopping, And More Osaka Food
Discover Osaka with my 2 days itinerary. Things To Do, Getting around, where to eat, what to eat. Packing all popular & deep Osaka spots. Lots of trivia from the Japanese native guide.

japanmcconnell.com
Foodies! Don't Miss These Staple Osaka Food From The Nation's Kitchen; With Little Bit Trivia From The Japanese Guide
The nation's kitchen, The gourmet city, The foodie's city...Osaka has many nicknames because of full of delicious delicacies. The ultimate Osaka food guide from the native Japanese. With interesting trivia.

japanmcconnell.com
The Ultimate Osaka Aquarium And Tempozan Harbor Village Guide; Kaiyukan, The Ferris Wheel, Santa Maria Cruise
Planning a trip to Osaka? Do you love aquariums? Osaka Aquarium is surely the best spot to go because you never get tired of the spectacular aquarium and also Osaka bay area. There is a large leisure complex that has many restaurants, and attractions. In this site, telling you the access, general information and tips to enjoy the aquarium, so check out this ultimate Osaka Aquarium travel guide!