When you make Rico’s Authentic Japanese Teriyaki Sauce, here is the one of an idea to use it.

Ahi tuna, also called yellowfin tuna, tastes like meat. This fish is high in protein, low in fat, and very easy to cook. 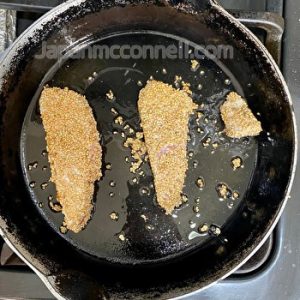 This is one of my husband’s special dish, it’s very easy, simple, and tasty, but you need to be careful only “overcook”.

The point is to fully preheat the pan. As heating the pan, the tuna will be cooked evenly, which results in a crisp finish.

Quickly sear each side in a very hot pan for about a minute. 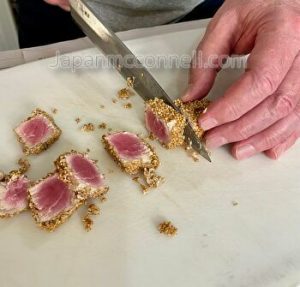 Get pickled ginger at Sushi corner.

It is very good to eat a piece of Tuna with a piece of pickled ginger together.

Mixed white and black sesame seeds bring the dish more flavor, but you can use only white.

Black And White Sesame seeds; Health benefits, How to use in Japanese Cooking
Here are the health benefits of sesame seeds such as boosting immunity and lower cholesterol levels, improving bowel movements and digestive health, and anti-aging! Besides, its rich aroma and flavor make you hungry. In Japanese cuisine, sesame seeds have been loved as healthy food to intake daily diet. Read this site, let's get to know about charming sesame seed. 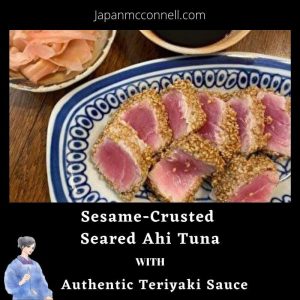 But it might fewer opportunities to encounter seared tuna dishes in Japan because we prefer to eat fresh tuna as “Sashimi” or “sushi”, just like in raw fish.

There is a similar cooking method with “seared”, which is called “Tataki”(たたき), “Aburi”(炙り) in Japan. 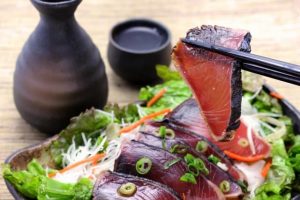 The Skewered fish or block of meat are rare-grilled on the charcoal grill or seared on the skillet. Quickly cool this, cut into pieces, eat with the sauce and garnishes.

Generally, bonito is most used for “Tataki” cooking, tuna, salmon, and other seafood are rarely served with Tataki.

So, it can be said Tataki is the same as “seared”, but don’t complain “Tataki” is chilled when you order in Japan. (like my husband)

I didn’t know the American standard “Seared Tuna” at that time, so I didn’t understand why my husband was not happy about “Tuna Tataki”.

If you know Tataki is categorized “Sashimi”, you will not get disappointed.

Also, there is another “Tataki”, which is completely different from one charcoal-grilled. 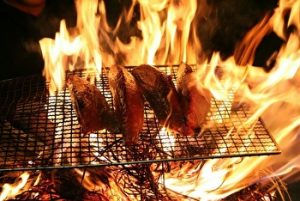 By the way, Kochi Prefecture in Shikoku island is famous for ‘Bonito Tataki” (Katuo no Tataki-カツオのたたき) which the local people call “Wara Yaki”. 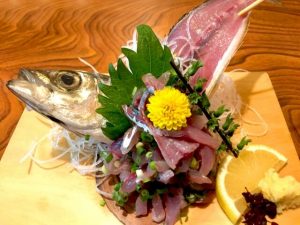 The represent of Tataki is “horse mackerel Tataki”, which is generally chopped up with miso paste or other condiments, and garnishes. Fish such as tuna, flying fish, mackerel, and sardines are sometimes used for this type of seared fish. 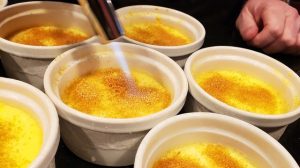 “Aburi” (炙り) is a cooking method in which sear food with an open flame. (such as with cooking torch.) 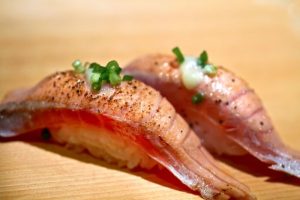 The “seared sushi” called “Aburi Sushi” has been popular especially of fatty parts of fish such as salmon belly, tuna belly. The fat becomes melty texture in the mouth, and you can enjoy the texture difference between the surface and the inside, making it delicious

The fish market was closed on Wednesday but the super-delicious sushi place in Nagoya, Japan.
Yanagibashi fish market in Nagoya is the kitchen for the central regions in Japan. The market is not as big as one in Tokyo, but still, you can see fresh seafood, vegetables and kitchen tools in the local lively market. There are many places to eat inside and outside of the market, you can taste very fresh seafood. However, make sure the market is opened before leaving the hotel, it's not fun that you can't see anything early in the morning. (we did it!) We went there on Wednesday and the market closed. But at the end of the tour, we were happy because we found a nice sushi restaurant near the market.

japanmcconnell.com
What the Japanese can teach you 5 Things You Should Know about a Conveyor belt Sushi in Japan
Going to Japan? Are you interested in Japanese food? Going to the authentic Sushi restaurant in Japan can be a precious experience, but you will be shocked about picky manners and unknown prices. Conveyor belt sushi restaurants actually are for you, don't underestimate them! Easy to order, varieties of the food menu, high-technology innovations, and fun and tasty! Today, I am going 5 things you should know about conveyor belt sushi restaurants in Japan.

japanmcconnell.com
How to eat Sushi with the proper but friendly casual way
Do you want to have an experience at an authentic Sushi restaurant, counter table-only, in Japan? Do you know the etiquettes and manners to eat sushi? The most important thing is to enjoy yourself, you don't have to consider too much if you choose a suitable restaurant. If you think you will be very nervous to follow manners, choose a more casual sushi restaurant. Even so, I recommend knowing some manners at a sushi restaurant in Japan that I am telling on this site. 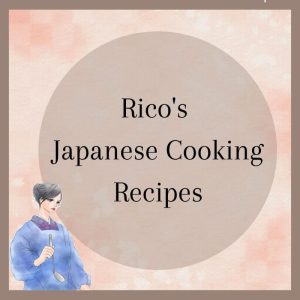 japanmcconnell.com
Only 3 Step; Quick, Easy, Super Healthy Snack with Sesame Oil
"Yamitsuki" means "addictive" in Japanese, "Yamitsuki Cabbage" is one of the popular nibbles at Izakayas and Japanese BBQ restaurants. You can bring Asian breeze of the table by making this easy, quick, and healthy snack. As the name, you can't stop eating once you have the first bite. "Sesame Oil" is the essential ingredient for "Yamitsuki Cabbage". If you want to get your fams impressed, read this. Only 3 step recipe.

How Do The Japanese Make Tough Meat Tender At Home

How To Make Japanese Style Lemon Sour At Home