Nagoya is the compact city even though it is the major city of the central region, and also Nagoya has a great public transportation system.

You can get around popular attraction spots in and out of the city using public transportations.

Because of the attractive surroundings of Nagoya, you can plan a day-trip to the countryside or other cities form Nagoya easily.

Here is the site which introduces the major public transportations in Nagoya. 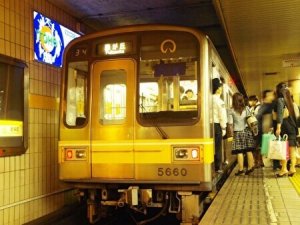 Higashiyama Line is the busiest subway line among the Nagoya subway network, which runs between west and east connecting with Major stations, Nagoya station, and downtown Sakae.

It is because of the main subway, cars are always packed but you don’t have to wait for the next subway for long.

It is the main line to access downtown Sakae and Higashiyama Zoo & botanical garden.

Sakuradori Line is the newest and deepest subway line in Nagoya, as the name of “Sakura Dori”, it covers “Sakura Dori(street)”, it also connects with Nagoya station and Downtown Sakae (Hisayaoodori station).

If you want to go to the central park (the underground shopping district in Sakae), take Sakurdori Line and get off HisayaOodri station is easier.

Tsurumai Line is useful for going to the Osu shopping district, and the unique feature is that the line shares with the part of the “Meitetsu” line.

When you want to go to “Toyota-city”, there is the Meitatsu train toward Toyota city a few times every hour. But you need to be careful the actual train to get on, because others are just Tsurumai subway and Meitetsu train but not toward Toyota. (toward Akaike)

If you use it as the subway network, it doesn’t matter at all.

Major stations…Fushimi, Osukannon, Kamimaezu, Tsurumai, Gokiso
5 Things to do in TOYOTA city, Japan
Do you know TOYOTA CITY which is the suburb of NAGOYA CITY? The city is famous for the TOYOTA headquarters office and also the Toyota museum, Korankei valley, and art museum. Toyota city is full of the nature of the authentic countryside of Japan. If you have time to spend one day visiting Toyota city during visiting Nagoya, try 5 things you should do in the Toyota city area.

Meijo Line is the loop line in Nagoya, pay attention to which way the subway runs when you get on.

Meiko (literally means Nagoya port) Line is the original of “Meijo Line” before the Meijo line became the loop line. The line begins from Kanayama to the Nagoya Port, and it is a little confusing when you want to go to Nagoya port where the aquarium is located.

When you look up the time table and you see the letter “港” on left side of the number(time), it means the car goes to Nagoya port, not goes around the loop.

Kanayama station can be the second terminal station after Nagoya station, easy to transfer to local trains.

Kami iida line is the shortest subway line in Japan, which is only 800 meters long.

The line is connected to the Nagoya city center and Northern cities, the main passengers are local residents. 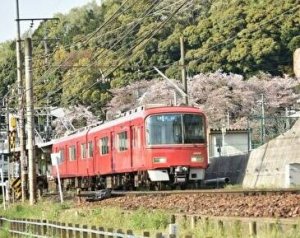 The main color of the local trains is “red’.

“Manaca”, “Toika” and other compatible cards are available,

but the extra fare is required for rapid and special cars.

When you purchase the ticket, your seat is reserved. 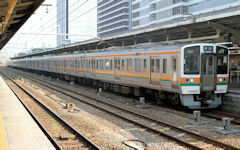 Japan Railway company aka “JR” is the largest transportation network system nationwide because the company was originally owned by the government of Japan.

Therefore, no exception, JR line efficiently covers each prefecture in the central region.

If you have a Japan Rail Pass, you can ride JR local trains without a regular ticket.

If you don’t, you can use “Manaca” and also “Toika”, which are the prepaid transportation cards you can buy at the station. 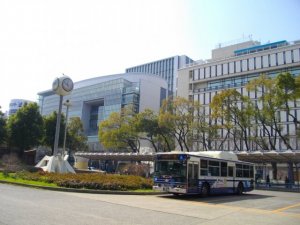 Inside of Nagoya city, mainly city buses operated by The Transportation Bureau City of Nagoya.

“Manaca”, “Toika”, and other IC cards are available.

Get on the bus from the front door, pay a fare with an IC card or cash.

If you want to pay for all members together, tell a driver before payment.

I want to pay for (number).

You can use “Manaca” and other compatible transportation cards, or a one-day ticket for the sightseeing route bus where you can buy from ticket vending machines or drivers.

japanmcconnell.com
11 sightseeing places you can go; the sightseeing route bus "Me~guru" in Nagoya [2020 guide]
If you are planning to visit Nagoya, Japan, there is a sightseeing route bus to help you see around effectively and easily. The bus starts from Nagoya station bus terminal and stops 11 attraction spots such as Nagoya Castle, Tokugawa garden and downtown Sakae. However, it will not be worth it if the sightseeing places are not interesting for you. So I will tell the summary of 11 sightseeing spots in this site, and consider how you want to visit around Nagoya.

There are many high-way express buses to go to rural regions for sightseeing,

this option can be faster, cheaper and easier than taking local trains especially heading to deep mountain regions in Gifu prefecture, and surrounding prefecture such as Nara, Toyama, Fukui.

The limousine bus stops major places between Nagoya station and Sakae bus terminal, you can pick up closest bus stops from them.

There is a non-reservation system for the airport limousine so that you have to wait for the next one if the bus is full at the point of your stop.

The train color is Yellow.

People in Nagoya mostly use “Kintetsu” trains when they go to the Ise • Shima peninsula, Nara prefecture and Osaka.

I feel fares are a little pricer than other local trains, but the Kintetsu line is handy if you want to visit the Ise • Shima peninsula and Nara prefecture from Nagoya.

The popular attraction spots along Aonami Line are

Manaca and other IC Cards are available. 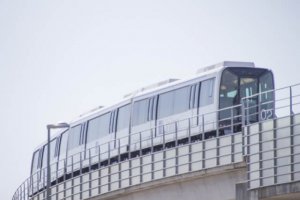 The Linimo in Nagoya is an unmanned Maglev (magnetic-levitated) train which built at great cost for Aichi Expo 2005 and operates for 9 stops between Fujigaoka station and Yakusa station.

The popular attraction spots are

Manaca and other IC Cards are available on the Linimo.

How to get to TOYOTA KAIKAN MUSEUM by Nagoya subway