The native guide; All about unique Japan Is Nagoya Worth Visiting? It Is Not Too Late To Decide After Reading This Site | Japanmcconnell
Home
Travel Guide
Sponsored Link

Nagoya, 名古屋, is the capital city of Aichi prefecture, Japan, and the biggest city in the central region, but because of Kyoto, Osaka, Tokyo, Okinawa, Kanazawa, Hokkaido, Hiroshima…Nagoya tends to be put out of the bucket list.

I don’t blame you, even among Japanese residents, Nagoya is a good place to live, but it may sound not so attractive to visit until Ghibli park will be opened in 2022.

Check out my Nagoya things to do guide, and find out whether the city attracts you or not.

Also, the surrounding region of Nagoya aka Chubu region has hidden gems to catch your heart.

Here’s the thing, Nagoya can be the base to travel to the west and east for especially visitors who are arriving in Chubu Centrair International Airport(NGO) or who has Japan Rail Pass.

If you use Nagoya as the base of your Japan trip, it could become more and more affordable and flexible.

So, this site can help you who are arriving at Nagoya Centrair Airport or who consider purchase Japan Rail Pass.

Check Out Nagoya Things To Do
Sponsored Link 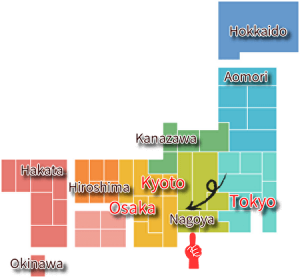 Nagoya is the capital of Aichi Prefecture and is also the largest city in the central part of Japan, with a well-developed transportation network starting from Nagoya.

By air, Chubu(Nagoya) International Airport aka Centrair(中部国際空港,セントレア) is just outside of Nagoya, it takes about 30 minutes from the airport to Nagoya station by railways.

On the ground, there is Nagoya station which is the main terminal station in the central region.

Nagoya is the center of Japan, speaking of Shinkansen, between Tokyo and Kyoto•Osaka. Well, a bit closer to the west (Kyoto•Osaka).

It can be saving ticket cost and time to go to east & west from Nagoya by Shinkansen.

Nagoya Is On Tokaido Shinkansen Line Aka The Golden Route

The bullet train is called “Shinkansen”(新幹線) in Japanese, and it is the popular transportation for Japanese travelers to travel to west & east, north & south of the main island. 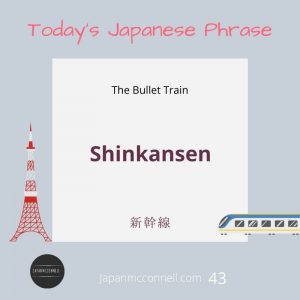 Shinkansen is operated by JR Group, this is why you can use Japan Rail Pass for Shinkansen lines and JR local lines.

Shinkansen use different tracks from local JR lines (except for mini-shinkansens), there are currently 8 lines throughout Japan excluded in Okinawa and some Prefectures. 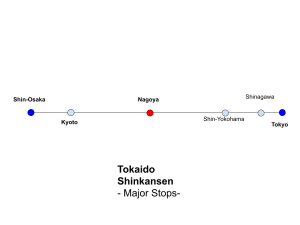 Tokaido Line(東海道本線) connects Tokyo and Osaka, which launched as first in Japanese Shinkansen history. It is the main and busiest Shinkansen line. Because major popular sightseeing cities are along Tokaido (& Sanyo line), it is called “The Golden Route” among international travelers.

Tokaido line directly connects to Sanyo Shinkansen from shin-Osaka, you can go to Kobe, Hiroshima, and Hakata with the same Shinkansen.

Tokaido Shinkansen is operated by Central Japan Railway Company, and it has three types of Shinkansen.

The Types Of Tokaido Shinkansen 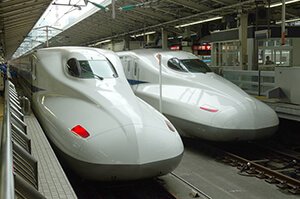 “Nozomi” is the fastest Shinkansen, stop at major stations only. “Hikari” is the second fastest, its stops varies depends on the schedule. “Kodama” takes the longest time due to stopping all stations.

Looking at travel times between Tokyo and Osaka, It takes 2hr30mintes to 4hrs by Shinkansen.

Japan Rail Pass is the discount travel pass for international travelers to bring you unlimited JR Grope’s lines and some other transportation.

If you are an active traveler to hop around staple sightseeing cities throughout the main island for your dream Japan trip, Japan Rail Pass allows you to visit major cities such as Tokyo, Kyoto•Osaka, Hiroshima, and Hakata from Nagoya.

Also, an optional day trip to Kyoto/Osaka is possible, which may be useful for an efficient itinerary. 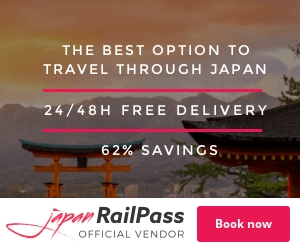 When purchasing a Japan Rail Pass online, you will need to exchange the brochure for an actual ticket. The exchange counters in Nagoya, they are located in Nagoya station, not in Chubu International Airport.

What You Can Do, What You Can’t Do With Japan Rail Pass On Tokaido Line

You can use only Hikari and Kodama Shinkansen, in addition, only non-reserved seats. 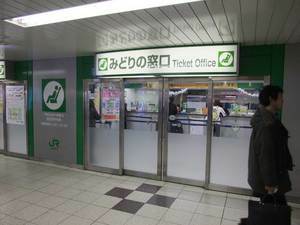 You can book a seat when you go to the JR ticket office aka “Midori No Madoguchi”(みどりの窓口) without charge reservation. (To upgrade a first-class car called “Green Car”, Ordinary Japan Rail Pass holders are required the extra pay. )

Kodama Shinkansen is generally calm, you can enjoy Japanese scenery.

Do you know there are many attractive sightseeing spots for the perfect day trip from Nagoya? Nagoya is located in the perfect position to access in multiple directions to places like Gifu, Nagano, Mie, Shiga, Fukui, and Ishikawa Prefectures. 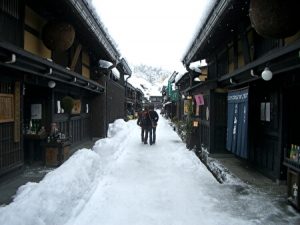 For example, the ancient city, Takayama in Gifu, is a popular sightseeing spot among domestic and international visitors. 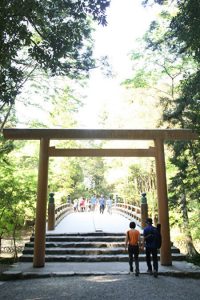 Ise Shrine in Mie is the spectacular main shrine of Japan, many worshippers visit there to feel The sacred atmosphere of God. 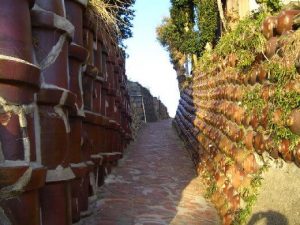 Tokoname city by the airport, it’s famous for pottery and the alley. Korankei Valley is a very popular Fall Coloring spot,

“Nabana No Sato” in Kuwana city has been trending for the new illumination spot in the winter season.

How about spending nights in Takayama city or Kanazawa city? 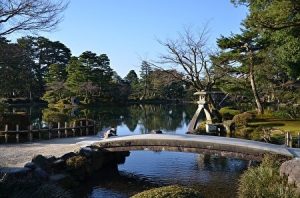 These cities are beloved by Japanese people as “The small Kyoto” where you can enjoy beautiful seasonal nature and the gardens, historical buildings and nostalgic cities, delicious delicacies, and Hot springs!

It is a little far away from Nagoya but it is no problem to ride the special limited expresses toward Takayama or Kanazawa, each is called “Wide View Hida” and “Tokkyu Shirasagi”.

Happily, Japan Rail Pass fully covers these special express which I really envy you because it is not a cheap day via a regular process.

japanmcconnell.com
5 Things to do in TOYOTA city, Japan
Do you know TOYOTA CITY which is the suburb of NAGOYA CITY? The city is famous for the TOYOTA headquarters office and also the Toyota museum, Korankei valley, and art museum. Toyota city is full of the nature of the authentic countryside of Japan. If you have time to spend one day visiting Toyota city during visiting Nagoya, try 5 things you should do in the Toyota city area.

“Shoryu – the rising dragon” + “Do – states”, and it is the tourism project promoted by the central region and Hokuriku (northwestern) region.

The central region of Japan aka Chubu region is often overlooked by overseas tourists, but Japanese charm is also concentrated in the Chubu region and Hokuriku region.

The regions surrounded by beautiful nature, seasonal delicious food, many hot springs, historical buildings, and ancient towns, you can see different aspects from sparkling glitter cities like Tokyo and Osaka.

If you plan to stay in Nagoya and want to create unique itinerary, Shoryudo route is the perfect for you.

To help your explore of Shoryudo travel, there are always several travel passes with benefits.

The Gateway Of Nagoya 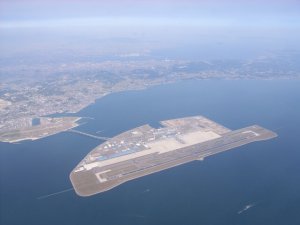 Chubu (Nagoya) International Airport aka “Centrair” is the main international gateway for the central region of Japan.

Nagoya Japan Travel Guide; Chubu Centrair International Airport
The 5-star regional airport, the gateway to the central region of Japan, Nagoya, Gifu, Mie, Nagano...Here is the informative guide about Nagoya Int'l Airport. Airport shuttle, how to get to Nagoya, activities in the airport & Tokoname city, and hotels.

The direct flights from the US

Delta has a direct flight from Detroit, Atlanta, and Honolulu to Nagoya, Centrair.

I lived in Nagoya for 14 years, my Mom is from Nagoya, love Nagoya.

Nagoya is an attractive city to live, but for sightseeing, 1 day is enough in Nagoya itself.

When remembering Nagoya is the center of Japan, the itinerary could be more flexible and affordable to the traveler who is available for the direct flight to Nagoya, find a cheaper flight to Nagoya rather than fly to Osaka or Tokyo.

Japan rail pass holders don’t hesitate to hop off Nagoya, you don’t have to spend the night at least you should try “Nagoya Meshi” at Naoya station.

6 Foods You Should Try In Nagoya, Japan
Going to Nagoya, Japan? Want to try special local food in Nagoya? The unique cuisine there is called “Nagoya Meshi”, and there are six dishes that you should try during your stay. Nagoya people love "Miso" flavor, and salty and sweets taste. I also tell you famous restaurants and maps of each signature dish.