“Narita Anime Deck”(成田アニメデッキ) is the concept section in Narita Airport, Terminal 2, all about “Japanese Anime & Manga” culture, which has opened November 2019.

Three companies, Anime Tourism Association, KADOKAWA, Narita International Airport Corporation, had cooperated to produce “Narita Anime Deck” for contributing to making Japan where people around the world would like to visit.

No admission fee is required, it’s located outside of security floors, so anyone can visit and enjoy “Narita Anime Deck” although you don’t use the airport.

If you take the closest escalator, number 4, you can find the orange color, “Yoshinoya”, Gyudon chain restaurant, and you can see “Narita Anime Deck” 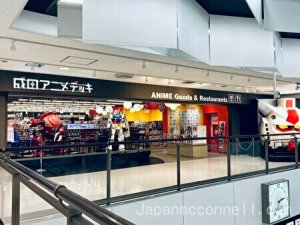 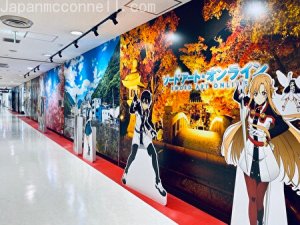 Let’s take a peek what I got for you. 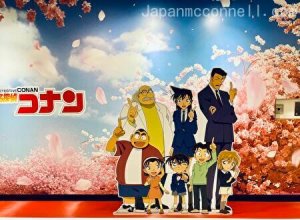 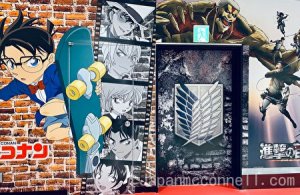 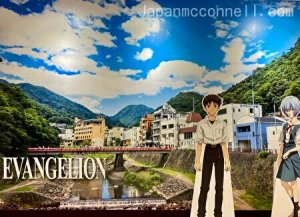 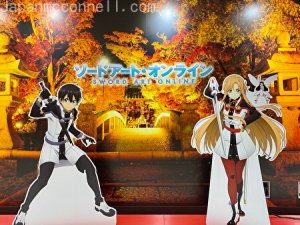 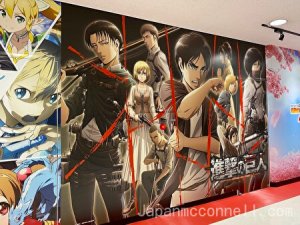 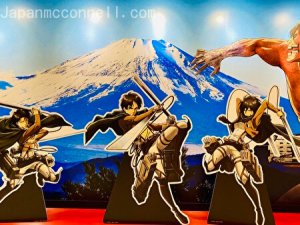 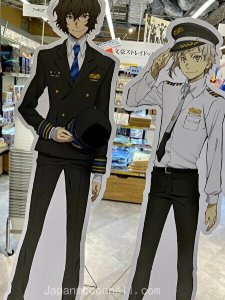 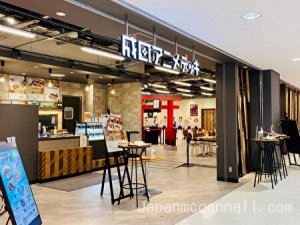 The food court concept in “Narita Anime DecK” is “Japanese festivals”(Matsuri,祭り) to bring you an ordinary and extraordinary experience from the beginning and end of your Japan trip at the airport.

The interiors and decorations are based on “Japan”, the things overseas people imagine “Japanese things” such as the red lantern, “Noren”-the Japanese door curtain, “TORII” gate, and fireworks. 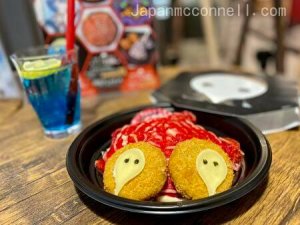 “Omusoba” is an egg omelet on Yakisoba noodles. The egg omelet and ketchup sauce decoration are looked like of “A. T. Field”, and two “Menchi Katsu” (panko fried meatball) as angels on the dish. 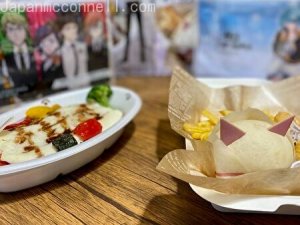 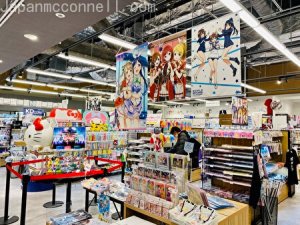 The main floor of Narita Anime Deck is the character’s goods shop, you can find your favorite character’s items.

Some of items are you can get only here. 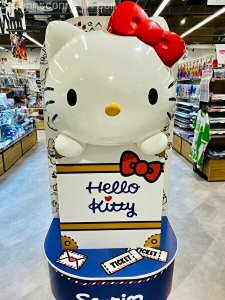 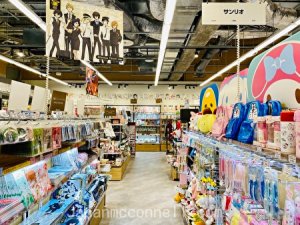 Not only “Anime & Manga” characters, there are also “Sanrio” items available.

It looks like a big wall painting of “hello Kitty” history, and “Hello Kitty” special cafe menu is coming.

But, it’s too bad timing. Who can travel in this pandemic??? 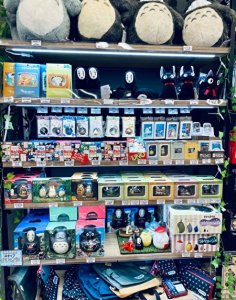 Studio Ghibli is loved by all people in the world. 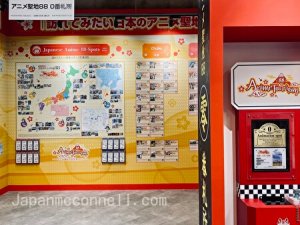 It is the pilgrimage for Japanese Anime & Manga fans to visit the certified location across the country related to scenes in beloved Anime & Manga.

The Anime Tourism Association, the provider of “Japan Anime 88 stops”, provides the pilgrimage spot list every year after electing places from the vote of fans.

Each spots have certified plaques and a certified stamp for the Pilgrimage.

As part of the “Japan Anime 88 spots”, Narita International Airport has certified as “No. 0 spot” (the start point) since April 2018, there is the bulletin board (on the left in the picture above) to introduce local certified spots nationwide.

You can see the certified plaque and stamp on the right side of the picture. 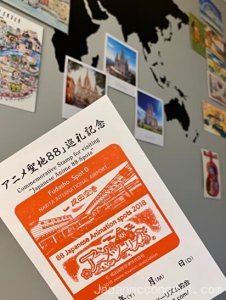 This is going to be “my travel collection” on the wall! 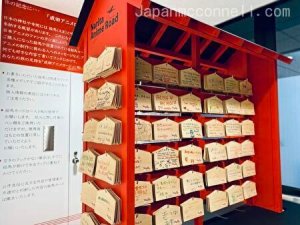 “Ema”(絵馬) is a wooden wishing plaque originally from the Shinto custom but today you can Ema at temples (which is Buddhism) in Japan.

Generally, people purchase Ema and write their wishes on it and hung up the Ema stand.

As the one of entertainments at Narita Anime Road for anime geeks, there is the Ema stand in the end of Anime road. 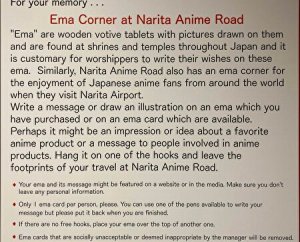 “Ema” are wooden votive tablets with pictures drawn on them and are found at shrines and temples throughout Japan and it is customary for worshippers to write their wishes on these ema. Similarly, Narita Anime Road also has been an ema corner for the enjoyment of Japanese Anime fans from around the world when they visit Narita Airport.

Write a message or draw an illustration on an ema which you have purchased or on an ema card which are available. Perhaps it might be an impression or idea about favorite anime product or a message to people involved in anime products. Hang it on one of the hocks and leave the footprints of your travel at Narita Anime Road.

Now I am writing unfortunately in the middle of the COVID-19 pandemic, there are many difficulties in traveling for travel lovers.

I just came back from Japan at the beginning of March, so I could avoid server restrictions.

We believe the miserable pandemic will be calm and we sure people enjoy traveling around the world again.

I keep giving you travel tips for Japan as much as I can and help you to travel around in a good way in Japan.

…(and don’t expect the taste of food, but you can get jealous from Anime & Manga geeks when you update pictures on SNS.)

You can download & use my photos freely in only personal use. 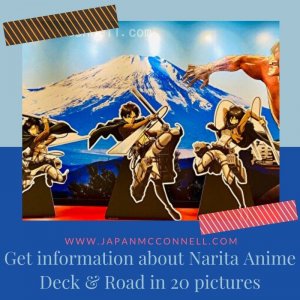