If Japan is on your bucket list, do you know 6 periods that you should avoid traveling to Japan?

You will be stuck in the crowd everywhere you go, the price of accommodations and transportation tickets increase and also gets harder to book them during certain periods.

You will get uncomfortable climates in certain seasons.

Today, I am going to tell you Four periods and Two seasons that you need to consider not visiting Japan. 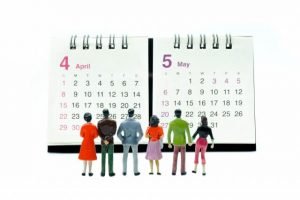 The “golden week” is one of the special holidays (could be the longest vacation in the year) for Japanese people, which starts from the end of April through the beginning of May.

The dates of holidays change depend on the first and last weekends, so many company offices and workers take long vacations between consecutive holidays (long weekend offs).

The longest “golden week” holidays occurred in 2019, it was a 10-day holiday because of long weekend offs and Abdication Day of the former emperor of Japan.

When people have long vacations, you know what happens next.

In fact, it is very hard to get on Shinkansen during the “golden week”, especially with suitcases. Generally speaking, the passenger occupancy rate goes between 160% to 180% especially in beginning and ending holidays.

Ticket prices for public transportation and flights are increased more than regular prices, and it is very hard to book accommodations throughout Japan during the “golden week”.

If you drive a car, you will be stuck on the highway depends on the destination.

If you want to enjoy travel around Japan, I REALLY don’t recommend going there during the “golden week” holidays.

The Golden week holidays in 2021

The Golden week holidays in 2022

After Christmas and the New Year’s Holiday 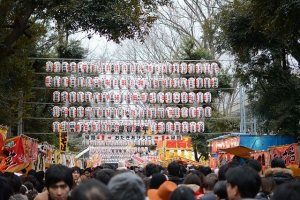 • The end of December – Early January

Because more than 80% of the Japanese people are Buddhist, Shintoism and others related to Buddhism, New year’s holidays are very important for them because of religious customs.

People start preparing for the new years right after Christmas, so the markets and stores get busier than usual.

Most families get together to welcome the New Year’s day, and others fly overseas for their vacations.

As well as the “golden week”, airports, stations, highways, public transportations, everywhere you go, get extremely busy, packed and jammed.

Prices of tickets and accommodations rise.

However, it could be a unique experience for you unlike the “golden week”, you can have Japanese traditional experiences of welcoming the New Year.

What the Japanese do as traditional custom?

Japanese people go to a temple to ring a bell on the new year’s eve ( Jyo ya no ka ne ) and visit shrines or temples on New Year’s Day. ( Ha tsu mo u de )

Kurisumasu Traditions; Things The Japanese Do On Christmas Season
Christmas is in the air! Despite it isn’t a national holiday in Japan, the Japanese have created very unique Christmas traditions. What's Christmas Like in Japan? Let me share Japanese Kurisumasu! 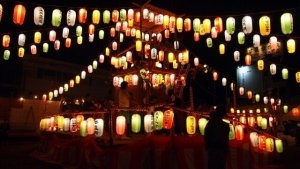 “Obon” is a Buddhist custom in Japan to honor the spirit of family ancestors.

It is a traditional event believed the ancestor spirits return to this world for visiting their family.

“Obon” is not a holiday, but most company offices and workers except for certain businesses take 3 day-offs as customary from 13th through 16th in August.

Many Japanese people don’t follow the traditional style to welcome the ancestor’s spirits, they think that it is one of the vacations to go back to their hometown or going to travel.

You can still enjoy the festivals and fireworks as the summer events, but you better avoid transferring around Japan during the period. 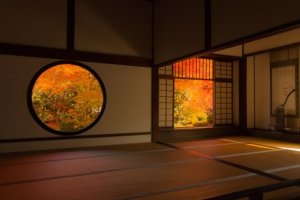 • The weekend before the third Monday – 23rd in September

The “Silver week” holidays in September became the new common holiday in Japan since the constitution amended in 2009. The holiday for respecting aged people (grandparents) set always the third Monday in September, and Autumn Equinox day is 22nd or 23rd depends on the year.

Due to the calendar Majic, in 2009 and 2015, there were no work days sandwiched between holidays so that the “silver week” holiday got 5-days off. Therefore, the travel agency companies encouraged people to spend more money on travel and became customary holidays to travel for Japanese people. It is not as busy as the “golden week” holidays, but still, many Japanese people are traveling inside and outside of the country.

The 5-days holiday will not often happen, the next one is coming in 2026 though.

For another reason, Autumn tourism is in the busy season because of the cool climate, *seasonal tasty food and changing leaves in Japan so popular Autumn sightseeing places, such as Kyoto and Nagano prefecture, get busier than other seasons.

It is not like the “golden week” and “new year”s holidays”, but it will be busier depends on where you go.

Also, it is in the middle of the typhoon season, so that it might mess your trip around when the typhoon hit Japan.

As I say, the fall season in Japan is really beautiful and is worth to visit in Japan, just better avoid the “silver week” holidays.

* The autumn season is called “the harvest season” in Japan. Japnese people enjoy freshly harvested rice, seasonal fruits, mushrooms, and fish that are rich in healthy oils. The season also is called “gourmet season” or “the season for appetite”.

12 Tips In Case Typhoon Come In Japan During Traveling
The typhoon season in Japan is between July and October. While for the most part typhoons shouldn't dramatically affect your Japan trip, however, especially if you are traveling between the late summer to the fall, you have to prepare to save your life and itinerary. Here is an informative guide on how to travel during the typhoon season in Japan. 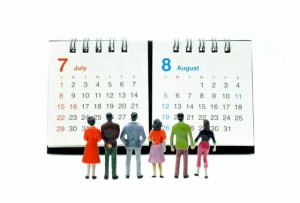 If you like extremely humid and hot, I won’t stop you to go to Japan. Actually, there are many things to see in the summertime in Japan.

However, it could be the dangerous season to go to Japan if you don’t get used to the humid heat.

“Heatstroke”, you need to learn how you can prevent it. If you want to know about it more, read here.

What you must know about the Summer Heatwave in Japan
Do you know what the weather like in the Japanese summer season? It is dangerously hot! Literally, Dangerous if you don't learn about Japanese hot summer. Before you leave for Japan, read this and save your life.

japanmcconnell.com
Heatstroke In Japan; How To Prevent Heat Stroke During Traveling In Japan's Summer Season
After the rainy season in June, the weather will be rapidly hot and humid from July through September. Especially, in July and August, the hottest season in Japan, you really need to be careful of heat stroke and heat-related illness. There are many patients transported to hospitals every summer, read heatstroke prevention tips if you think about the summer trip to Japan.

I was born and raised in Japan. I don’ t go back to Japan in the summer season.

These months are also in the middle of typhoon season, so it might mass your whole itinerary up.

12 Tips In Case Typhoon Come In Japan During Traveling
The typhoon season in Japan is between July and October. While for the most part typhoons shouldn't dramatically affect your Japan trip, however, especially if you are traveling between the late summer to the fall, you have to prepare to save your life and itinerary. Here is an informative guide on how to travel during the typhoon season in Japan.

I could say “June” is the rainy season in Japan when I was a kid.

However, it changes depending on the year, you might want to check out the rainy season before making the trip plan. Rain will continue for weeks. Usually, It starts someday in June and finishes at the end of June or early July.

I think everyone wants clear wether during traveling so you might want to consider it.

I hope you understand facts about the increase in the prices of flights, transportations such as Shinkansen, special trains, accommodations during busy holiday seasons.

Also, those tickets and accommodations are booked up very quickly throughout Japan.

If you still want to go during these holidays above or don’t have a choice to change your plan, arrange your flight and accommodation further in advance.

But, for you, I introduce Japanese beautiful and traditional things you should experience in even the busy seasons below.

High Japan Travel Season, BUT You Will Miss Japanese Traditional & Cultural Experiences By NOT TRAVELLING In Those Seasons
Traveling to Japan? Do you know the Japanese high seasons? Cherry blossoms, sure. There are several high reasons that you have a hard time traveling around due to the crowd, and not so friendly for your budget. However, it will still worth seeing Japanese tradition, beauty and uniqueness in Japan. If you want to have authentic Japanese experiences, you should read this why you should travel to Japan even in high seasons.

Anyway “Avoid traveling to Japan during the golden week”, I think!

japanmcconnell.com
High Japan Travel Season, BUT You Will Miss Japanese Traditional & Cultural Experiences By NOT TRAVELLING In Those Seasons
Traveling to Japan? Do you know the Japanese high seasons? Cherry blossoms, sure. There are several high reasons that you have a hard time traveling around due to the crowd, and not so friendly for your budget. However, it will still worth seeing Japanese tradition, beauty and uniqueness in Japan. If you want to have authentic Japanese experiences, you should read this why you should travel to Japan even in high seasons.

What To Do In Nagoya Port Area; The Hidden Spots From The Local Guide