The native guide; All about unique Japan google.com, pub-5441866818918003, DIRECT, f08c47fec0942fa0 5 Things You Should Know About Hinoki Cypress; Hinoki Benefits And the relationship with the Japanese life | Japanmcconnell
Sponsored Link

Japanese cypress, also known as “hinoki”, is in the cypress family and grows naturally in Japan and parts of Taiwan.

This native Japanese tree has been deeply rooted in Japan’s long history. Hinoki cypress is easy to handle as a durable building material and household goods in Japan’s humid climate.

Not only its durability but also the scent of Hinoki cypress has also known its attractive health benefits for both mentally and physically.

So, I am very happy to share why the Japanese love “Hinoki” and why you should incorporate Hinoki wooden products into your daily life.

The Antibacterial Effect Of Hinoki Cypress

Another appealing effect of Hinoki cypress is antibacterial and insects repelling.
Especially, one of the components in Hinoki essential oil, “alpha-Cadinol” helps suppress the growth of Wood-decay fungus.

For this reason, you can see the over 1,000-year-old temples and shrines in Japan still now, it is because they are mainly made of Hinoki cypress.

Not only for last-long wooden buildings but also its power has been used in Japanese cuisine.

Have you ever seen cypress leaves placed under fresh fish at a sushi restaurant?

It is because Hinoki leaves suppress the growth of mold and bacteria, prevent oxidation, and protect food from spoilage.

For the same reason, there are many kitchen tools in Japanese cooking such as s cutting board and sushi rice mixing bowl called sushi-oke.

By the way, since “alpha-Cadinol” has an antibacterial effect, it can be expected to suppress the growth of dental caries bacteria.

*Besides, it has been studied that Hinokitiol (in Japan native cypress) which is named after hinoki cypress, has a bactericidal action against many antibiotic-resistant pathogens.

Japanese traditional houses made of Hinoki woods are known for preventing house bugs such as termites, mites, and ticks.

To take this advantage in Hinoki cypress more, Japanese building material companies have been studying to use Hinoki cypress essential oil into plywood under the floor, into wallpaper, and into tatami floors.

In fact, there are anti-bug products we can place under carpets and Futon mattresses containing Hinoki essential oil in Japan.

The Deodorant Effect Of Hinoki Cypress 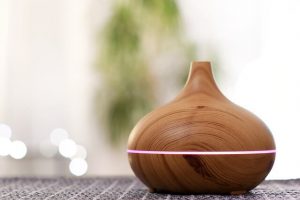 The deodorant effect of cypress is also well known.

According to the study of eliminating the ammonia smell with the Hinoki essential oil, the deodorant rate was 97%!

Particularly, multiple scent components in Hinoki decompose by chemically reacting with the malodorous component, and they mask the odor substance and eliminate them with the nice scent of cypress.

Why You Should Get Japanese Cypress "Hinoki" Essential Oil Today
Hinoki Essential Oil is a wonderful oil for both mental and physical health benefits (moreover, repel insects!). It is also a great oil to use for meditation and find and connect your value. Even though it is a soft and gentle woody scent, it's enough strong to be calming, refreshing, relaxing, and energizing. Wanna share the Japanese soul tree, Hinoki cypress more in this post.

Hinoki Cypress Is Rich In Phytoncide 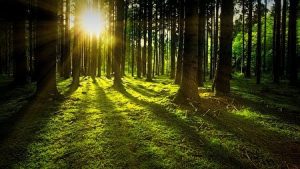 If you have experienced a bath in a bathtub made of Hinoki cypress, you may be attracted by its refreshing woody scent and feel so relaxed.
As I told in the introduction, Hinoki cypress (actually its scent) has the effect of being energetic, refreshing, calming, and relaxing.

In particular, the most attractive substance in the scent, “phytoncide” is the first topic we should discuss. 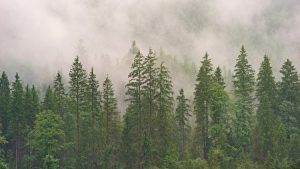 “Phytoncide” is a substance released from plants and trees. It is familiar as a scent when walking in the forest. (For this reason, walking in the woods has a relaxing effect.)

One of the reasons why plants and trees produce Phytoncide is to protect themselves from harmful enemies such as insects and bacteria.

“Phyton” means “plant” and “cide” means “kill” in Latin, and it sounds scary.

Despite the meaning of the word sounding scary, this “forest aroma”, a unique woody scent, can be expected to repel insects, bacteria, moreover, provides various health benefits for humans.

Among plants and trees, the Hinoki cypress has particularly powerful effects on Phytoncide.

Hinoki cypress produces a large amount of Phytoncide and has been expected to have more powerful Pytoncide (relaxation and antibiotic) effects compared with other plants and trees.

“α-Cadinol” I explain more later has mainly an antibacterial effect.

In particular, the Japanese “Hinoki” cypress continues to release these components even after being cut and processed.

Hinoki cypress has energetic, refreshing, calming, and relaxing power in its aroma.

I talk about details of the relaxation effects in the essential oil in this post. Read next when you have time.

Why You Should Get Japanese Cypress "Hinoki" Essential Oil Today
Hinoki Essential Oil is a wonderful oil for both mental and physical health benefits (moreover, repel insects!). It is also a great oil to use for meditation and find and connect your value. Even though it is a soft and gentle woody scent, it's enough strong to be calming, refreshing, relaxing, and energizing. Wanna share the Japanese soul tree, Hinoki cypress more in this post.

The Durability Of Hinoki Cypress

Hinoki has many small cavities (cells), and even after being lumbered, the cavities breathe in and out of moisture. Therefore, it repeatedly expands and contracts to depend on the temperature and humidity of the room. Due to this feature, it has the property of adjusting the humidity environment so that people can spend comfortably.

Hinoki Cypress Deeply Are Related In The Japanese Soul 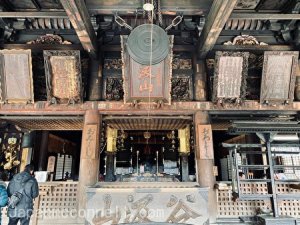 The connection between the Japanese culture and the Hinoki cypress tree has been handed down from ancient times. The Chronicles of Japan (published in 720 AD) described that “Hinoki cypress is best for building palaces.”
This can be said to be proof that Japanese people have found the charm of cypress as wood at the time already.

To “Miyadaiku” -special carpenters who take care of traditional Japanese structures, the wood means Hinoki cypress when they refer to the wood.

If you look at Horyuji Temple, the world’s oldest wooden structure, the temple still remains after 1,300 years. Thus, our ancestors knew how perfect a cypress was- has outstanding strength and durability, and has a beautiful grain and rich fragrance. Hinoki cypress, which has been an indispensable building material for shrines and temples since ancient times, is truly a sacred tree.
The beauty and aroma of the Hinoki cypress must have attracted the hearts of ancient people to calm them down.

Hinoki cypress has been also used for the theaters for Japanese traditional performing arts such as Kabuki, Noh, Kyogen. The Hinoki stage used in expressions such as “standing on the cypress stage” is proof of being a top-notch actor. Since the Hinoki lumbers have been an expensive building material, and Hinoki production in the Edo period was only permitted on the stage officially approved by the Shogunate (the military dictators).

The story behinds the expression can show how precious the Hinoki cypress was to the Japanese.

Indeed, the cypress house gives the stereotype of a luxurious wooden house. (It is true though.)

From a survey of their favorite scents among the 10 woody scents, the majority of Japanese chose the cypress scent.

The Japanese may unknowingly know that the scent is part of their lives.

In these ways, the Hinoki cypress is really attractive because it has good durability, prevents mold and ticks, and it also stimulates the brain with a good natural scent.

Hinoki baths made from cypress wood- “Hinoki Buro” are becoming popular recently even in overseas countries. Taking a bath with the scent of Hinoki cypress makes you feel relaxed.

However, remodeling the bathroom is quite difficult. please do not worry! You can enjoy the cypress effect with Hinoki wooden bath accessories!

Best Relaxing Wooden Bath Products Ideas; Japanese Hinoki Cypress
There are many ideas to make a relaxing bathroom, the wooden bath products are one of decoration style. Japanese "Hinoki" cypress is popular wood in Japan and frequently is used as bath products. The cypress has high effectiveness for water-resistance, anti-bacterias and insects, odor deodorant. Besides, its aroma is well known to reduce stress. Find the best Hinoki bath accessories in this post.

Moreover, EEG measurements have also revealed that its aroma has a sedative effect. You can increase the value of relaxing time by using Hinoki products.

Hinoki is the most popular timber in Japan which is inseparable from Japanese life.

When you know the Hinoki cypress benefits, why not enjoy the Hinoki life!

“Hinoki” benefits aka “Phytoncide” effects last even after becoming products like I introduced today. It’s proven you can get the same effects of “Shinrin Yoku” aka “Forest bathing” just by being surrounded by natural wooden products.

Do you want to check it out? Read Next!

Surrounded by Hinoki Wood Products; Natural Benefits From Japanese Cypress
Hinoki, Japan's most beloved tree -Hinoki cypress products has been deeply rooted in the Japanese lifestyle. Not only beautiful grain and relaxing aroma but also leads amazing benefits with Hinoki's natural power. Once you touch its silky-touch surface, smell its woody scent, you will not let them go!

Do you want to know about Japanese Bath Salts which bring you the luxury bath time for your special relaxation? There is “Hinoki bath bombs,” I wrote about.

Best Japanese Bath Salts You Should Buy For Your Luxury Time; Benefits & How To Use

The Correct Way Bathing Practices; Do And Don’ts

How To Use Hinoki Essential Oil, What’re Benefits

The Perfect Hot Bath Routine For Your Skincare

How To Use Hinoki Oil For Aromatherapy Bath

The Hot Bath Guide For You; Water Temperature, Bathing Time, And Healing Tips For Your Body