Ryokucha (緑茶) -Green tea, which is familiar to Japanese people, is getting loved as a “refreshment drink” in other countries to refresh your mood and improve productivity.

Japanese unsweetened green tea not only quenches your thirst but also has a refreshing taste and aroma.

Today, many countries are getting recognizing “Unsweetened tea” for health, refreshing, and relaxing.

Not only green tea, Japanese bottles tea has a variety of traditional tea products. 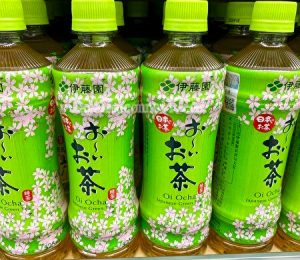 Because I was born as a Japanese, I have to talk about “O~i Ocha” as first.

“O~i Ocha” is used tea leaves exclusively for the product and sticking to keeping the freshness of tea leaves.

Because of it, the green tea aroma is completely different from the other products.

The taste is refreshing and clear. Since there is no acquired taste, it is easy to drink for all kinds of people. 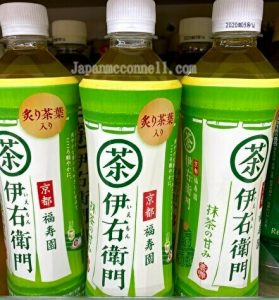 Iemon is supervised by Fukujuen, which the tea distributor has been for 200 years in Kyoto, and is blended over 20 types of tea leaves and matcha.

Due to the ideal balance of flavor, it doesn’t bother taste when having meals with it. 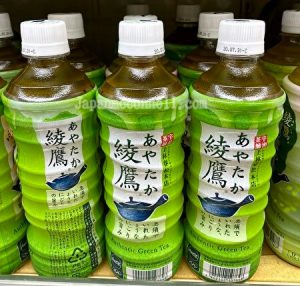 The “Ayataka” concept is “the green tea just brewed in Kyusu-a teapot”, so this was the first murky green tea color item, until then, making murky color item had been a taboo for bottled beverage products.

The murky green tea color is from the premium Uji Matcha powder, and also this product is supervised by “Kanbayashi Syunsyou Honten”, which has been the tea distributor for 450 years, Uji, in Kyoto.

“Ayataka” has an elegant taste with the scent of Matcha, shake the bottle well before tasting to enjoy fully the flavor and aroma of the authentic green tea.

However, like “special green tea”, those who are not good at astringency may be better chose “O~i Ocha” or “Iemon”.

These three bottled green teas are always ranked in the top sales and have been competing since Ito En started selling green tea products.

Not just taste these bottled green tea, do you want to know about the never-ending battle among three major companies.

According to the Coca-Cola Japan website, “blended tea beverages” are beverages that are made by blending (mixing) various plant-derived ingredients and extracting or brewing them into containers.

In this market, mostly the top 2 products have been shared for a long time, which is “Sokenbicha” and “Jurokucha”.

Also due to the healthy eating trend, the sales has been slightly increasing. 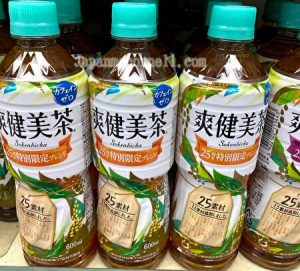 “Soukenbicha” (爽健美茶) is a bottled blended tea that has been popular since it was on the market in 1994 with the concept of “fresh, healthy and beautiful”.

The product features are “caffeine-free”, “28 kinds of allergy specific raw materials are not used”, and a uniquely refreshing taste. 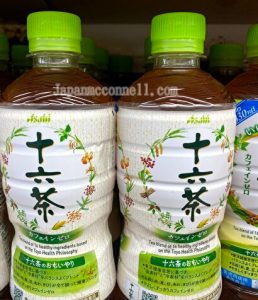 “Jurokucha”(十六茶) is based on the concept of

“a tea that blends 16 (Juroku means sixteen in Japanese) good ingredients in an exquisite balance”.

The main ingredients are below and has refreshing aftertaste.

Unlike green tea, Houjicha is reddish-brown. The roasting process eliminates the astringency, and the flavor is mild and nutty, making it a perfect drink for tea time. 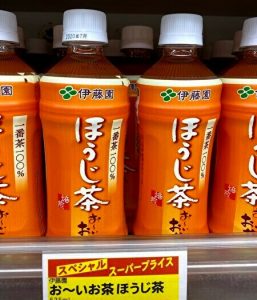 “Itoen Hojicha” uses 100% of the highest quality scented green tea produced in Japan. It is blended the best teas with different roasting levels to bring out a sweet scent and extract at a high temperature for a short time to suppress miscellaneous tastes and create a gentle taste. 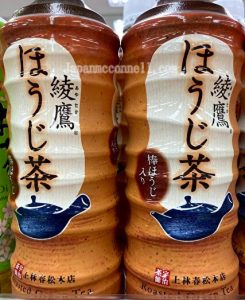 “Ayataka Houjicha” has finally released from the “Ayataka” series, Coca Cola Japan in 2018 as the nearly trending of Houjicha.

The murky color which is the concept of “Ayataka” remained and

The rich flavor of roasted green tea, nice astringency, so you can enjoy an authentic taste as if brewed in a teapot.
Also, it has a good aftertaste. 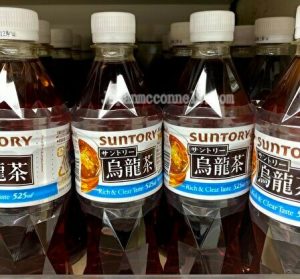 “Oolong tea” (烏龍茶) is a semi-fermented Chinese tea that has a wide variety, 800 species.

In 2006, Suntory launched black oolong tea as a food for specified health uses. Since it contains caffeine, it has diuretic effects.

In addition to helping digestion, it also has the effect of warming the body, which is also effective as a measure against cold sensitivity. 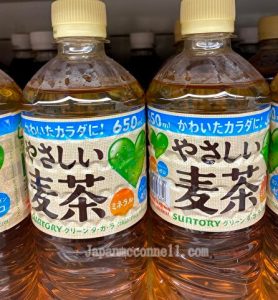 “Barley tea” called “Mugi cha” in Japan is a roasted-grain-based infusion made from barley which is a staple across East Asian regions such as Japan, the Koreas, China, and Taiwan. It has a roasty, toasty, nutty flavor.

In Japan, it is usually served cold and is a popular summertime refreshment.

It reminds me the time when I was a kid, “Mugi cha” is the summer drink for children so it is always chilled in the refregiarater at each home.

Besides, Barley tea is not only for quenching the thirst and also improves blood flow. 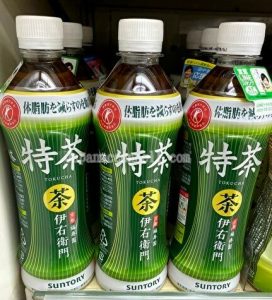 “Tokuho”(特保), “Tokutei Hokenyou Syokuhin”(特定保健用食品) is the official name, means “Food for specified health use (Tokuho)” refers to commercially available food that has a scientific basis for efficacy and safety, and has been approved by the Consumer Affairs Agency in Japan.

“Tokuho” labeled bottled tea developed for consumers who are concerned about body fat is increasing due to an increase in lifestyle-related diseases since “Helthia Ryokucha” produced by Kao in 2010.

Japan has long loved to drink green tea, but today the Japanese enjoy a myriad of different types of tea, from domestic green tea to British tea, which is favored by exotic species.

Now, you know that not only green tea and Matcha but there are also many kinds of unsweetened tea in Japan, as bottled teas!

If you visit Japan or oriental grocery stores, try some of the Japanese bottled tea! 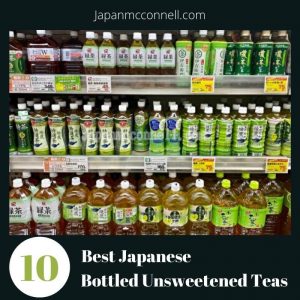 The Simple But New Taste "Ocha Wari": Discover Japanese Green Tea Cocktails
Here are great cocktail recipes you should add to your home bar. Get inspiration for new favorites. Make your own classic but mysterious green tea cocktail recipes. Bottoms up!

japanmcconnell.com
Japanese Chilled Cup Cafe Latte; 5 Mt.RAINIER Series You Need To Try In Japan
In Japan, canned coffee, bottled coffee, and chilled cup coffee are very common as "to-go" drinks. Japanese people run to convenience stores, drug stores or grocer stores to buy "to-go" drinks rather than running to coffee shops or cafes. There is a wide range of cafe drinks called "chilled cup" products, and the "Mt Rainier", produced by Morinaga Milk Industry has been leading in the "chilled cup" drink market for over 25 years. It can be one of the Japanese experiences to try some chilled cup products during the Japan trip. Take a peak the most popular chilled cup cafe latte in this site.

japanmcconnell.com
Why the Simple Way To Get Takeout Coffee At Convenience Stores Save Your Time In Japan
Do you know you can buy tasty coffee at convenience stores in Japan? Do you want to know how to order it? It is very simple but if you don't know, you will not know forever. Especially overseas visitors, there is no explanation to order it. You need to have a conversation a little, but if you know, you don't need to bother to find Starbucks or Macdonald's. I will explain it thoroughly and introduce the drink menu too in case you want to know in this article.

japanmcconnell.com
The Ultimate Guide Of Japanese Canned Beers; What You Need To Know About Types and Brands Of Canned Beer
Japan is the hidden beer consume country, there are many kinds of canned beer products. Top 4 brands are Asahi, Kirin, Suntory, and Sapporo. These companies sell not only full-fledged beers but also Happousyu (law-malt beer) and the third beer (beer-taste beverages) and non-alcoholic beer-taste beverages. Today, I am going to introduce 19! Nineteen brands of canned beer include happoushu, the third beers, and non-alcoholic beers.

Japanese Shochu 101: You Can Be Kagoshiman (Locals) When You Become A Oyuwari Master